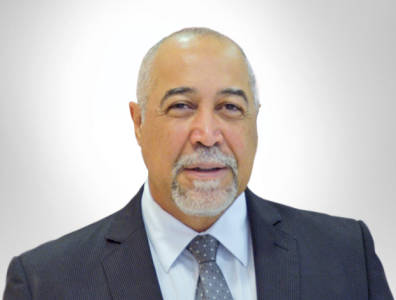 The main challenges to this project stem from the terrain in which the pipeline will be built.

Gasoducto Sur Peruano general manager Rodney R. de Carvalho discusses the obstacles to the construction and operation the Southern Peru Gas Pipeline (GSP). Overseen by the Gasoducto Sur Peruano consortium and estimated to increase Peru’s GDP by 1-2.5 percentage points, the GSP is considered to be the country’s most promising project.

The GSP has been discussed since the Transportadora de Gas del Perú (TGP) pipeline was completed in 2004.

Odebrecht first tried to participate through the Kuntur Transportadora de Gas consortium, but this project was eventually replaced by a 2014 tender for the concession. With a decision by Proinversión, a state-owned agency that promotes private investment in Peru, to award the concession to the Gasoducto Sur Peruano consortium consisting of Brazilian company Odebrecht (75 percent) and Spain’s Enagás (25 percent), the project began to move towards the start of construction in fall 2014.

TOUGH TERRAIN: The main challenges to this project stem from the terrain in which the pipeline will be built. Due to Peru’s geographical diversity, the pipeline must go through the rainforest and the Andes before reaching the coast. More than 80 percent of the pipeline would be constructed in altitudes higher than 3,000 metres above sea level.

This topography makes the project very unusual. When you compare this pipeline with other gas pipelines that have been built or are being constructed in other areas of the world, you will see that nearly all other projects go through uniform topographies.

In some areas of the pipeline route there is only enough space for the pipe and no room available for a service pathway. In these segments, the pipe will need to be constructed underneath the machinery. The risk of landslides in mountainous areas and seasonal floods in the rainforest will also need to be addressed.

LOGISTICS OF DISTANCE: Another challenge for this project is taking the required personnel and material to the point where the works are being done. For example, in February 2015, President Ollanta Humala went to one of our camps to visit the spot where the pipeline will start in Cusco.

This point can only be reached by helicopter. It is also a main base of operations for the Camisea project, close to production wells in their gasfields, so they have an operational runway that we were able to use that day. Normally, we would have to first travel to Cusco, take a five-hour drive, then a 40-minute helicopter ride to get to the worksite.

Under Peruvian environmental regulations, building roads through the rainforest is not allowed. Only a narrow path for the pipeline can be made. The steel pipe, fabricated in India by Welspun and in China by the Chu Kong Steel Pipe Group, will arrive at the port of Callao, then travel about 1,000 kilometres to reach Pucallpa. From there, it will go upriver to the Ticumpinia region.

Other supplies can arrive at the southern port of Matarani and be transported by highway. The highway’s path changes with the topography, while the pipeline will run in a straight line. These circumstances necessitate the upgrade of 400 kilometres of roads. These logistical challenges must be considered, as they will significantly increase project costs.

WORK IT OUT: Assembling a qualified labour force will be another hurdle for the GSP. The project will employ an estimated 6,500 workers during the construction phase. Finding this many qualified workers in the area of construction will not be an easy task.

The consortium will conduct training courses up to international standards required for work on the pipeline. In many hydrocarbons-producing countries where there have been many pipeline projects over a long period of time, there is generally a surplus of sufficiently qualified workers.

Peru does not have this human resource pool because it has only one 500-kilometre pipeline, the TGP, built 10 years ago. Many people who worked on the TGP have left the country to work in oil and gas markets abroad where there was a greater demand for their specialised skills.

The fact that almost the entire workforce will need to be trained adds a new layer of difficulty to the project. Planners must consider the time needed for training.

COMMUNITIES: Relations with the communities living near the prospective pipeline route present another challenge. The GSP will be built through 60 districts and the backyards of diverse communities and environments, including the Andes, which lack government presence and many basic services. The pipeline will connect previously isolated areas through access roads constructed for use during the project.

For the GSP to function properly and be completed on time, understanding and dialogue between affected communities and the consortium regarding the impact of the pipeline and the process of its construction are crucial.