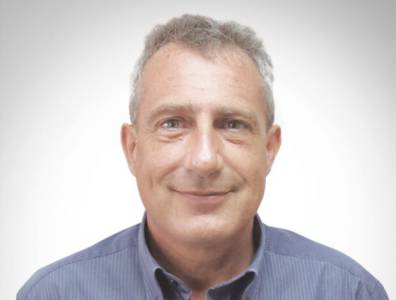 In the long run, a wider provision of internal resources will be key in responding to any emergency landing, repair work or urgent intervention.

Workforce employed under the Sonangol contract:550

Year the Association for the Development of Welding was established:2013

Ponticelli country manager Charles Caia talks with TOGY about the challenges low oil prices pose for engineering and construction companies serving the Angolan hydrocarbons industry and potential opportunities related to in-country fabrication. Established in 1921, Ponticelli is a global engineering and construction company working with major operators such as BP and Total.

What major challenges do engineering and construction companies face in Angola’s hydrocarbons market?
The main hindrance to engineering and construction companies is the current downturn in oil prices. The Angolan oil and gas market is heavily dependent on expensive offshore activities. In 2015-16, many of these endeavours are being put on hold as operators wait for global oil prices to stabilise at higher levels.
The Angolan market is relatively young. International oil companies (IOCs) typically employ a long-term approach to operations in the country. Operators need to analyse every opportunity and cut costs to secure a market share and maintain a financially viable structure.
Streamlining the manufacturing process is one of the areas that the government can address. This should ideally be coupled with a reduction in the dismantling time of construction sites and greater concentration on automation systems. Client collaboration is also key.
Engineering and construction companies must be more proactive in proposing organisational and technical services in areas such as installation and manufacturing, while reducing prices. Such an approach is mutually beneficial, allowing clients to maintain project profitability and oilfield services companies to maintain a certain level of business.

How would a higher local content level help improve sustainability?
Local content is a crucial aspect business. The Angolanisation policy implemented by the government is poised to provide valuable alternatives to IOCs’ hiring approaches. Luanda, the capital, is the most expensive city for expatriates worldwide, and housing is by far the biggest financial burden an IOC must bear when employing foreigners in Angola.
More than half of the gross salary that an international company pays for external personnel is based on accommodation costs. Daily expenses, such as food and transportation allowances, also weigh on IOCs’ final budgets. In times of costs reduction, these factors must be carefully considered.
The low oil price scenario is generating numerous opportunities for the local workforce. Angolan workers may not only be viewed as potential replacements, but also as essential components in lowering IOC expenses. However, the qualification and experience of the local workforce in the hydrocarbons industry is still limited when compared with the level provided by foreign personnel. This gap needs to be closed as soon as possible to permit Angola’s oil and gas industry to maintain acceptable productivity margins in the short term.

What types of experience and training are required of the local workforce to meet IOC standards?
Apart from specialisations such as engineering and geophysics, developing core positions in the manufacturing sector, such as welding, will be necessary. The acquisition of qualifications such as stainless steel duplex and super-duplex welding might make the difference for the future of the Angolan manufacturing sector.
Ten years ago, welders were almost completely unavailable in Angola. Contractors were forced to bring in workers from France or neighbouring countries.
Things are moving in the right direction. In 2013, the Association for the Development of Welding in Angola was created, regrouping independent welders to boost the spread of international qualifications in the country. This internationally certified organisation is able to provide welding training and grant degrees while bringing together international and national welders in Angola’s oil and gas industry. The goal is to award international welder diplomas and certify welding inspectors according to international standards.
At the educational level, universities and private schools in the country are promoting technical training for welders to be used in the offshore sector. These developments are welcomed by the industry.

Given Angola’s dependency on imported products, what are the main advantages of in-country manufacturing?
Since the reinforcement of the foreign exchange regime of 2013, Angola has experienced growing limits on the transfer of payments abroad. This has become a problem, as it has also been accompanied by fiscal pressure and a severe shortage of hard currency.
The government has decided to create the basis for a kwanza-centred economy that is less dependent on imports. The task is difficult, and IOCs might bear the largest burden of this decision. However, increased use of the kwanza is strictly related to an improved supply base at the local level.
Services providers are to be paid in kwanza. In this regard, domestic manufacturing facilities will bring much needed support. A short-term achievement will be the creation of jobs in the country. In the long run, a wider provision of internal resources will be key in responding to any emergency landing, repair work or urgent intervention. Having the first available resources, techniques and workforce levels to overcome any critical contingency is crucial for operators. Fostering local content is in the interest of both the country and IOCs.

For more news and features about Angola, click here.