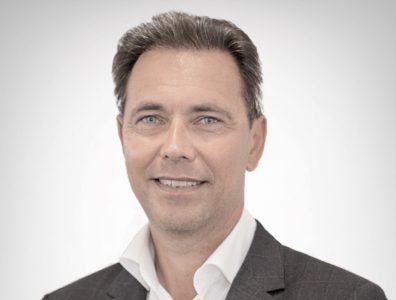 Operators in the hydrocarbons industry should question whether the first choice is by definition the right choice. For example, if you opt for a certain technology in the pre-FEED phase, you have already limited your choices to a certain number of contractors.

Integrated approaches can allow North Sea oil companies to operate at a barrel price of:$40

In an economic environment rife with depressed oil prices, markets are under pressure to optimise and extend the lifecycle of assets. International consultancy Xodus Group CEO Wim van der Zande sits down with TOGY to talk about how optimisation through integrating business models can help hydrocarbons companies achieve their goals.

As producing oilfields in Abu Dhabi mature, projects aimed at extending their lifecycle are gradually beginning. With the global slump in oil prices, Abu Dhabi is under a great deal of pressure to reduce costs and optimise the performance and production of its maturing assets. Accomplishing this goal will require novel, integrated optimisation strategies.
The ability of models to cross over into different sectors must be carefully evaluated. One example might be a scenario where a firm currently performing conceptual work transitions into taking on work in the engineering, procurement and construction sector (EPC).

GO BEYOND: The awareness of the need for integration in the region will take time to accumulate. In a business environment as congested as the Abu Dhabi market, one or two companies should act as frontrunners in implementing this new type of approach. Ultimately this method should not only involve technical changes but also a way of thinking and doing business.
Once these methodologies have been established, other companies will follow, especially once the integrated approach to problem solving yields lower operational costs.
An integrated approach to problem solving quite often leads to a cheaper solution. That means the client’s organisation must be open to going beyond certain boundaries that have been traditionally associated with normal contractual responsibilities.

DRIVER OF DEMAND: Ageing assets and maturing oil fields in Abu Dhabi have increased the demand for advice and consultations regarding how to manage these resources in the future. A similar trend occurred in both the North Sea and the Gulf of Mexico, where bigger oil companies sold assets to smaller oil operators as fields reached maturity. In turn, those smaller companies, being more flexible in their approach and the application of technological advances are still able to obtain results and generate revenue.
In the past, market consensus maintained that to produce North Sea oil in an economically viable way a barrel price of $70 was necessary. Despite this, there are companies today whose businesses are prospering in the North Sea at $40 per barrel because they adopted an integrated approach to production at their fields.
There are often so many alternatives to handle complications that arise, that the breadth of options remains hidden without a partner who can advise you on the best course of action.
Take this scenario for example: often there is not a problem with the pump, but the system around it. Reconfiguring the system might not only save the pump, this action could also conceivably bring down costs associated with investment, maintenance and operations.. However, while this approach is more common in Northern Europe, it has not yet made its way to the Middle East.

CROSSOVER MODELS: For crossover models to thrive there must be trust between parties, not only contracts.
While these models will likely become increasingly important in the hydrocarbons market, there are pitfalls. Today, EPC management companies should not start performing preliminary front-end engineering and design (FEED) because of the depressed workload available in the global market space. EPC management companies should also refrain from performing FEED work, and advisory companies should not attempt to carry out EPC projects.
For this type of specialised crossover to occur, the industry must build more partnerships in Abu Dhabi’s EPC environment. Engineering firms should become partners with their clients to devise integrated services rather than executing projects in the clearly defined stages of the past.
Operators in the hydrocarbons industry should question whether the first choice is by definition the right choice. For example, if you opt for a certain technology in the pre-FEED phase, you have already limited your choices to a certain number of contractors. Crossover models propose broadening the options at the beginning of the FEED and narrowing those choices down at the end of the phase when the actual decisions on how to proceed are being made. As such, while FEED is essential, companies should view it as an opportunity to look at the bigger picture.

For more news and features about Abu Dhabi, click here.