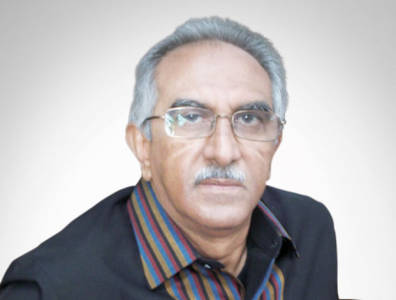 Indonesia has several fields that have been relinquished by oil and gas majors given their economical infeasibility and small size. These fields represent a great opportunity for small Indonesian exploration and production players.

President director of IndrillCo Group Mohamad Bawazeer discusses the economics of shale gas development, the challenges to fabricating rigs locally and potential areas of expansion for smaller operators. Indrillco Group and joint partner Samudra Energy’s 3D-seismic survey of 65 square kilometres in the Uno, Dos and Rayu fields is set to be completed by the end of 2015.

What is Indonesia’s potential to develop shale gas?
Shale gas is a key segment of the upstream oil and gas industry but remains a recent development that is so far mostly limited to North America. Indonesia is still studying the potential of its shale reserves in Riau and Kalimantan. Experts from Canada and the US are regularly invited to share their knowledge with the Indonesian industry, and some joint shale studies have been established, notably between Pertamina, the Directorate General of Oil and Gas and oilfield services companies.
Indonesia’s shale reserves are much deeper than the North American ones, up to 2,000 metres underground, which will impact the economics of such projects. The costs of exploring and developing shale gas combined with current oil prices is not an attractive enough investment for hydraulic fracturing projects, especially at such depths.

To what extent are local content policies limited by Indonesia’s fabrication capabilities?
Indonesia has increasingly implemented stringent local content regulations on workforce, equipment and other components used in the oil and gas industry. Key equipment such as drilling rigs are still not manufactured in Indonesia. Rigs operating in Indonesia are all built abroad in places such as Singapore, China or the US. While the Indonesian government wishes to have rigs manufactured locally, they would be much more expensive to produce than, for instance, the ones imported from China.
The ASEAN free trade agreement will cover imports and exports of equipment, further consolidating the industry in its orders of rigs from abroad. Indonesia remains limited in its ability to manufacture key rig components such as engines, relying heavily on foreign fabricators and suppliers such as US construction machinery and equipment company Caterpillar.

How can junior exploration and production companies expand as part of Indonesia’s oil and gas industry?
Indonesia has several fields that have been relinquished by oil and gas majors given their economical infeasibility and small size. These fields represent a great opportunity for small Indonesian exploration and production players. In addition, Pertamina’s co-operation operation or joint operation body agreements allow the state-owned operator to tie in with other junior companies to accelerate its production and jointly develop smaller fields.

How developed is the co-operation between Indonesia’s academic sector and the oil and gas industry?
When Indonesia’s oil and gas industry started developing in the 1970s, the country lacked experienced professionals and experts to assist its development. Back then, most of the nation’s expertise and workforce came from the Institute of Technology Bandung. Co-operation had to be established and then increased between experts from academia and operators such as Pertamina. This ensured that the proper technology was transferred to Indonesia’s energy industry.
The opening of new programmes such as Bandung’s petroleum engineering department is encouraging. This is especially true of the institutes of technology of Jakarta and Jogya. The future of the industry will rely on the sustainability of this kind of collaboration between engineers and geologists working for Pertamina and in academia.

For more news and features about Indonesia, click here.