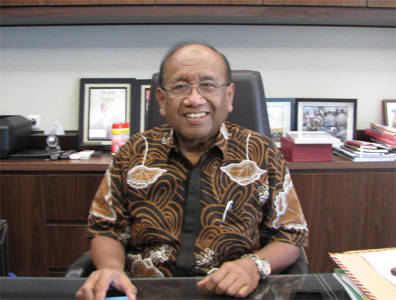 "Fiscal policies affecting Indonesia’s upstream sector are one of the main areas that must be addressed."

Former president director of Pertamina and current chairman of Indonesian junior exploration and production company Samudra Energy Ari Hernanto Soemarno talks to TOGY about the emerging role of junior companies in Indonesia and the need to balance protecting national assets with the country’s need for foreign investment.

What challenges do Indonesian junior companies face and what opportunities are available?
Indonesian juniors face a number of operational challenges when conducting projects. The country’s financial infrastructure is not as developed compared to markets such as the US or Canada. Indonesia has much higher loan interest rates than Singapore, and the banking regulations make it difficult to find the necessary capital or investors, meaning that international oil companies have better access to capital.
Most of the new exploration in Indonesia is offshore and in very remote locations with little infrastructure. These projects are more cost prohibitive and the challenges have a disproportionate effect on Indonesian junior companies.
Opportunities still exist for Indonesian juniors in the country’s hydrocarbons industry. Many international companies are partnering with local junior companies due to limits on maximum foreign investment in the oil and gas industry. Foreign investment is also leaving the country, such as US oil and gas independent Murphy Oil, making room for local junior companies to play the role of being a producer in fields too small for international oil companies.

What reforms are needed for the upstream sector in Indonesia?
Fiscal policies affecting Indonesia’s upstream sector are one of the main areas that must be addressed. For example, government regulation No. 79/2010, which governs cost recovery and taxation on the upstream sector, is adversely affecting exploration efforts in the country. This policy should be revised, as too much taxation on exploration activities as well as unattractive cost recovery schemes result in lower foreign direct investment in Indonesia.
Indonesia’s hydrocarbons industry is a state revenue earner. Oil and gas profits accounted for around 20 percent of public revenues in 2014. This figure jumped dramatically in some regions such as East Kalimantan, with 50 percent of its revenue coming from oil and gas.
Oil and gas revenue is still an important income for the country. State-owned oil and gas company Pertamina is not in the position to take riskier jobs in increasing upstream exploration efforts, both financially and technologically.

What is the ideal balance between the control of Indonesia’s natural assets and the role of international oil companies (IOCs)?
While every country would like to be in control of their natural resources, Indonesia cannot be overly nationalist without reducing its production rate. As the economy is dependent on hydrocarbons revenue, this is not feasible.
Indonesia must take advantage of technology, especially enhanced oil recovery, to reach the country’s 2016 production goal of between 1.1 million to 1.3 million barrels of oil equivalent per day.
Indonesia must make use of IOCs’ experience to realise this goal. As much of the nation’s exploration is currently taking place offshore and in deepwater, the technology and the expertise associated with IOCs is essential to the success of these developments.
We must implement the use of more advanced technology in production and reservoir management, both requiring technical expertise.

How do you see Pertamina expanding in the market?
Pertamina must be at the same level to be able to compete with other national companies, such as Petronas. The entity must refine its ability to operate challenging fields such as the Mahakam play containing upwards of 85 mcm (3 tcf) and the Cepu block, which is projected to have reserves measuring around 500 million barrels of oil. The company has fallen behind implementing production-maximising technology at these challenging fields.
In 2015, Indonesia granted Pertamina a 70-percent stake in the Mahakam field, which will start in 2017. The long-time operators of that field, Total and Japanese oil company Inpex, will be left with a 30-percent share. The remaining share will still need to be determined, allowing Pertamina to learn from the IOCs as they operate the play. This represents an opportunity for the company to advance its technological know-how.