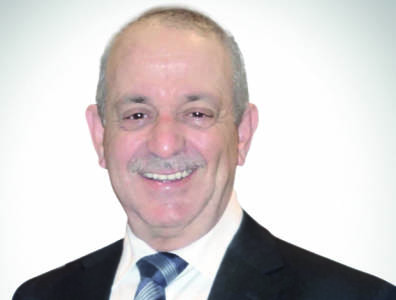 Companies operating in Abu Dhabi have to prove themselves, demonstrating that they are price competitive, technically acceptable and operationally safe.

Arif Arikat, CEO for the group’s Al Ghaith Oilfield Supplies and Services Company, talks to TOGY about new foreign entrants in Abu Dhabi and the emirate’s policy on localisation in the oil and gas industry. The local oilfield services contractor has supported Abu Dhabi’s oil and gas industry since its establishment in 1995, providing specialist oilfield equipment.

What opportunities do you see for Abu Dhabi’s oil and gas industry in the future?
Abu Dhabi National Oil Company (ADNOC) announced at the end of 2014, that USD 25 billion would be invested in offshore oil and gas field development over the next five years.
The two main challenges facing the oil and gas industry today are the lower oil price and the political situation both regionally and globally. In the first half of 2015, the oil price fluctuated significantly, from the low USD 40s to more than USD 60. If the price stabilises at USD 80-85 a barrel in 2016, projects will return to the market.
Politically, the impact of removing sanctions against Iran could have wide reaching implications on the regional oil and gas industry. It remains to be seen how this will play out.

How would you assess the current market dynamics in Abu Dhabi?
Due to the drop in oil prices, the formulas we used in the past have changed. As service providers, we are receiving pressure to reduce the prices on our existing contracts.
This is problematic as these contracts were signed 2012-2013 while the market was low due to the financial crisis. Companies are now recalculating and waiting to see what will happen to the oil price. To date, assurances from ADNOC and Saudi Aramco maintain that projects already awarded and signed will continue.
An interesting result of global price pressures is the growing presence of international operators. Foreign companies are seeking new markets to offset loss in their home countries.
US and Chinese firms are entering Abu Dhabi in greater numbers, hoping to take advantage of the relatively buoyant market here. The market here tends to favour service, which is technically acceptable and price competitive.

Why might foreign companies be looking to expand operations in the Middle East?
A large number of rigs are being released on a daily basis in the US, as operations continue to slow. The operational costs of producing from its shale reservoirs are higher than the conventional carbonate reservoirs found in Abu Dhabi. Many US producers are reducing their investments, given the current economic downturn. Operators in the US are privately owned entities and cannot be subsidised in the same way as a national oil company. Many of the sales companies and drilling contractors sitting idle in the US are moving their operations to Abu Dhabi.
The same trend was seen with the 2008-2009 fall in oil prices, when we received an influx of US and European companies, and when the price increased again, many returned to their home markets. This cycle will continue until oil prices begin to rise, after which these companies will leave again.

What can oil and gas companies learn from the last economic cycle?
Do not take a quantum leap. When there is a boom, everyone increases activity: buying equipment, increasing workforce and awarding new contracts. Expansion has to be in calculated steps. Growth should be yearly, progressive and should be well thought out.
Companies must go by the forecasts available to them, projects announced, the number of rigs and the number of new concessions to be awarded. By understanding this, a company can manage its resources effectively and plan for its future in a feasible way.

What is the localisation policy in Abu Dhabi?
Unfortunately, localisation is not a priority in Abu Dhabi. Domestic operators requested a local preference but the policy was rejected. Companies operating in Abu Dhabi have to prove themselves, demonstrating that they are price competitive, technically acceptable and operationally safe. We are treated the same as any foreign company.
Across the GCC you find a framework for localisation from countries such as Saudi Arabia, Oman and Kuwait. The UAE is the only country in the Gulf that does not give a preference to local companies.
There are of course advantages to this approach. For example, we are competing on efficiency, improving the quality of our output and optimising the utilisation of our workforce, while also competing with foreign entities.