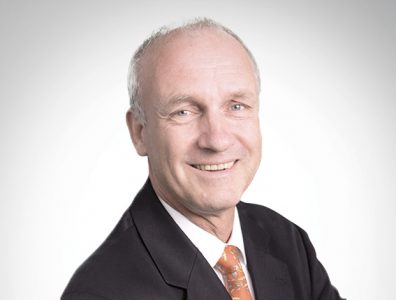 In the early days of the oil industry, gas was a troublesome byproduct but has assumed increasing importance as the population and industry has grown.

Andrew Vaughan, Shell’s vice-president for the Middle East, talks to TOGY about the potential for sour gas development in Abu Dhabi, health and safety regulations in upstream companies and the increasing need to use the country’s gas reserves. In the UAE, Shell is a producing partner with state-owned Abu Dhabi National Oil Company in its subsidiary Abu Dhabi Gas Industries.

Has the government’s attitude towards the importance of gas in the energy industry changed?
Gas is very important for the UAE. In the early days of the oil industry, gas was a troublesome byproduct but has assumed increasing importance as the population and industry has grown. Demand is now putting pressure on supply, which comes with its own set of challenges.
A lot of gas is used for enhanced oil recovery (EOR) in Abu Dhabi Company for Onshore Petroleum Operations’ fields and as production increases, more gas will be needed to sustain these EOR programmes. They are looking to use not only produced gas, but also carbon dioxide and nitrogen for EOR techniques.
The UAE’s population is expanding by about 2-3 percent annually, meaning a growth in power consumption. As a result, there will be a need for more gas for power generation and water desalination, either as a byproduct of power generation or in its own right.

How does the presence of sour gas influence the approach taken by operators in these kinds of reservoirs?
Abu Dhabi’s oil and gas industry is changing from relatively straightforward to complicated oil and gas production. The fields are becoming more mature, meaning that companies will begin employing enhanced oil recovery techniques to access more of the reservoirs’ potential.
Furthermore, with the rolling out of sour gas projects, such as the Shah project, upstream companies need to invest in expensive technology and a thorough front-end engineering design. The produced gas contains hydrogen sulphide and carbon dioxide, which have to be removed from the gas in a process called acid gas extraction before it can be used for power generation.

How can the byproducts created through sour gas development be monetised?
Sulphur is a useful byproduct of sour gas development, and we hope to use the carbon dioxide that is captured for EOR elsewhere in Abu Dhabi Company for Onshore Petroleum Operations, demonstrating value can be derived from the entire gas stream. Sulphur also has uses as a component in fertiliser.
The world’s population is rising by 2 billion people in the next 30 years, and an additional proportion is rising above the poverty line. There will be a significant number of people to feed, and fertiliser is a key part of that.
Heavy industry reduced the amount of sulphur dioxide it emitted 30 years ago to reduce the amount of acid rain. While there is less sulphur going into the soil through acid rain, even more fertiliser is required to compensate.
The byproducts of sour gas will add to and enhance UAE’s substantial sulphur production. The sale of sulphur products will contribute a significant part of a project’s income stream. This turns something that seems to be waste into something valuable.

How are safety procedures surrounding hydrogen sulphide changing?
The safety of operations involving hydrogen sulphide depends on the designs of the equipment as well as how plants are operated and workers are trained.
In the past, managing hydrogen sulphide-laden reservoirs and handling the material was thought to be only about plant design. However having robust processes and workflows in place with trained personnel capable to operating in such environments is also equally important.