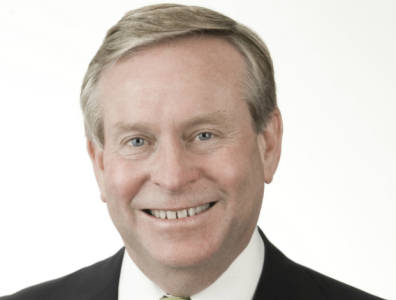 There is potential for a lot of oil and gas out in the Browse field, as it is technically unexplored.

How important are the gas reserves of Western Australia?

Western Australia has 90 percent of the reservoir gas reserves of Australia, and that makes it valuable to the nation’s economy. With the existing projects, expansion projects and prospective projects, Australia expects the production of gas to triple in the coming decade. Natural gas is an important resource in Asia and many Asian countries are currently prioritising the utilisation of gas in power generation.

The estimates of the conventional gas resources in Western Australia are more than 150 tcf (4.25 tcm). They could comfortably reach more than 200 tcf (5.66 tcm), considering that the Carnarvon gas field is still a developing field and that the Browse field is not even in production. Some leading US companies in Western Australia have described the gas reserves on the Western Australia coast to be at the same stage of development as the Gulf of Mexico had been approximately 20 years ago.

Even so, the growth in energy demand due to our population, economic growth and urbanisation is just too strong. Some of the past major producers in the region, such as Malaysia and Indonesia, are now starting to see their reserves decline. It will be gas from the Australian coast that will have to fill that void. There is plenty of gas to compensate for other countries’ falling reserves.

However, I do not want to see overinvestment in capacity and the depletion of this reservoir too quickly. We can triple production and probably stay in the industry for 100 years.

What are some of the main specificities of the oil and gas industry of Western Australia?

One of the unique features about the industry in Western Australia is that it is for the most part based on private sector development. There is no state or national company taking shares of projects as well as their production, which has been an exceptionally attractive feature of the industry, especially to the big international trolling companies.

The rules of land and sea ownership are a bit complicated in Australia. The gas and petroleum deposits beyond the three-mile limit belong to the Commonwealth Australian government by constitutional agreement. Those onshore or within the three-mile limit belong to the individual states. It is not often well understood by international parties, particularly by US companies. They do not understand that the government owns the resources, not the landowner.

They think that if you own the land you own the resources. But you do not – you only own it when you export it. The three-mile threshold also sounds very limiting, as if the limit just skims around the coast, but it actually reaches as far out as around the islands, which are in Western Australia. In general, there is a mixture of ownership across Australia.

Generally, the Commonwealth and the state work together within these parameters of ownership, expiration releases and entitlements. In a more practical sense, state government involvement occurs in a number of areas, especially in terms of onshore LNG projects. Companies are required to deal with the Western Australian government when it comes to land use because the government has to approve the area and the activities for which the land will be used.

To what extent have you approached the issue of skills shortages in your state?

In terms of human resources, there will be big shortages in the availability of specialised skills in the construction sector. There will be increased mobility because the rest of the Australian economy is not going to be as strong. We also need to allow more short-term immigration of skilled workers and allow guest workers to come and work under Australian wages.

The government is fickle about immigration policies, but we are trying to get some annexation so that we can bring in workers, particularly from Southeast Asia, to help in some of the medium to lower skill areas where there are currently domestic skills shortages. The higher-skilled people, such as welders and engineers, will oftentimes move out of Western Australia and go elsewhere.

Our major towns are Karratha, Port Hedland and Broome. The state government is spending $1 billion to improve the quality of life in these three towns. They were developed during the 1960s and their infrastructure is now old. We are putting in recreational facilities and inviting developers to come. It has been a big investment by the state to make these towns an attractive place to live so Western Australia doesn’t have to lose all its skilled labour to other places.

What has been the nature of the government’s involvement in the Gorgon Project?

I was heavily involved in the establishment of the Gorgon project on Barrow Island after I became premier in September 2008. The territorial line goes around the islands. Chevron has been producing oil on Barrow Island since the 1960s and has been very successful at it.

However, it was very tricky for Chevron to be allowed to build а major LNG plant on a very precious conservationist site that houses some rare species of animals. The state handled all of those details, putting forth some very stringent conditions. Basically, the plant is a quarantined site. Everything has to be sprayed down with disinfectant and machinery and equipment are brought in plastic bags. There has probably yet to be a project with higher environmental standards in the world simply because of the nature of this particular island. We have been involved in the environmental aspect of the project purely from a governmental point of view.

What other projects are there that the government is currently overseeing?

The state government is now negotiating with the Aboriginal people to establish an LNG precinct towards the north in the Kimberley region, where the Woodside’s Browse project will possibly be located. There is potential for a lot of oil and gas out in the Browse field, as it is technically unexplored.

There could also potentially be three co-located LNG projects in the Kimberley region. Our role is to try to establish onshore facilities with the companies. The state will own the sites and lease out land. We will reach an agreement with the Aboriginal people about environmental issues.

The offshore part utilises very high technology but does not involve a lot of risk. Most of the issue lies in deciding where the LNG plant will go. Similarly, we are establishing another major LNG precinct site to the south of Karratha. That is where the Wheatstone project will be located.