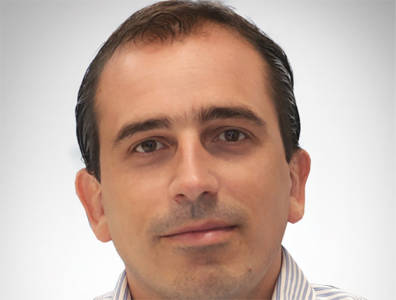 Over the past decade, Argentina has demonstrated a systematic incapacity to attract new investment for the sector. Some companies stayed and survived, but the key problem was that there was almost no investment from private entities, meaning that most of it had to be carried out by the state itself.

TOGY talks to Martin Genesio, president of AES Argentina, about recent investments the company has made, what kind of changes need to be made in industry regulations and their plans for the future. AES Argentina is engaged in the generation and distribution of electric power.

How have you been able to maintain your investments in the sector?
The power generation and distribution sector experienced an important transformation between 2002 and 2013. It has gone from being a marginal sector that used to encourage investments in efficient turbines to being a cost-plus sector. In terms of generation, both the regulatory framework of the 1990s and the transition towards a cost-plus sector created the conditions for survival of the companies in the sector by paying operational costs plus a small margin.

What kind of challenges does the Argentinian market face?
The current situation of the sector does not encourage investment, because companies are not able to recover the invested capital. Over the past decade, Argentina has demonstrated a systematic incapacity to attract new investment for the sector. Some companies stayed and survived, but the key problem was that there was almost no investment from private entities, meaning that most of it had to be carried out by the state itself. When it would not come from the state, but instead from private investors, the state would direct and regulate those investments.

Given the recent shift in government, have you already seen any changes in the market?
There were two very successful tenders this year. The first one was for thermal energy and the government was looking for new investments for 2 GW. Offers for over 6 GW were received and 3 GW were awarded.
The second tender was for renewable energy and they were looking for 1 GW and there were offers for over 6.6 GW. Both tenders are positive instruments to address the problems Argentina currently faces in terms of power generation and in terms of diversification.

What power generation problems does Argentina face?
During demand peaks, the system has to import electricity from Brazil, Chile and Uruguay because there are almost no reserves. But the government has shown signs that it is willing to do things differently and move in the right direction. For example, it has set the goal of building 10 GW of renewable energy by the end of 2025 and the entire sector, both public and private players, have been discussing the development of new regulations that could encourage more private investment. There are reasons to be more optimistic about the future.

What changes in regulations do you think need to be made?
During the past decade, Law 24065 has been modified several times. In fact, we should return to the old law, which established clear parameters for a marginalised market, allowing and encouraging private investment.

Is there any interest in combined-cycles power plants?
The next tender that is being discussed will probably be for combined cycles. The entire sector is looking at it very positively. There is a particular topic under discussion and its participants believe that next tenders should allow for contracts between private players. Nowadays, tenders are focused with CAMMESA [Compañía Administradora del Mercado Mayorista Eléctrico].

How does the feedstock market for power generation work?
In electrical generation, we cannot buy our own fuels from privates companies or sell our megawatts to them. We receive fuels from CAMMESA in each at our plants. Once we generate electricity, CAMMESA distributes it. I believe that the system is inefficient and that the entire sector should stop working under it. Electric generation companies should be able to buy their own fuels and sell their own energy to the national grid.

Is AES looking for investment opportunities in renewable energy?
Yes. We are expanding our profile in the renewables sector at a global level and Argentina is a very interesting market. We have already carried out several studies to start producing wind and solar energy here.

At a time when the market is opening up, how are companies directing their technological investments?
We will have to go through a period of coexistence between conventional and renewable technologies, but there is a strong tendency for companies to invest more in renewables. However, conventional energy sources will still be around for a while.
In terms of innovation, there is a new discussion around the use of batteries. The combination of renewable energies and batteries could be a very interesting segment to invest in. The problem with renewable energies is that they are not constant. The sun and wind stop at certain times. However, this is where batteries could be useful, because they could cover those periods.

What have been AES’ latest developments?
Our latest investment was the thermal plant in Paraná, which has a combined cycle of 850 MW. The plant started its commercial activity at the end of 2001 and it was the last plant we built in Argentina. In the last decade, we have also been investing in the Foninvemem [Necessary Investment Fund for Energy Market] plants.
In terms of our capital distribution, AES has a 20% participation in the capital of San Martín de los Andes and Belgrano power plants, as well as a 30% capital share in the Guillermo Brown one, where the remaining 70% is owned by the state. Our company has also been investing in maintenance all the years. Figures may vary, but this is what we have been doing consistently for the past 23 years: investing in the economy.

What are your objectives for next year?
We want to grow and expand our service centre as well as the services we can offer. We have a service centre located in Buenos Aires that provides a wide range of services such as accounting, IT and human resources to other businesses of the corporation. One of our greatest objectives is to close the cycle for the Guillermo Brown thermal plant, where we hold a 30% interest. It is important to close the open cycles in the country, because we are talking about energy that goes into the network without utilising extra fuels.
The renewable energy sector is another front where we want to invest. Overall, we want to strengthen our position in the market, where we have about 12% electric generation capacity installed, and to maintain our operational excellence.
Our long-term objective is to remain leaders and to be at the forefront of innovations. Batteries are a very important matter for the sector. We are 100% capable of leading this change in the electrical sector.