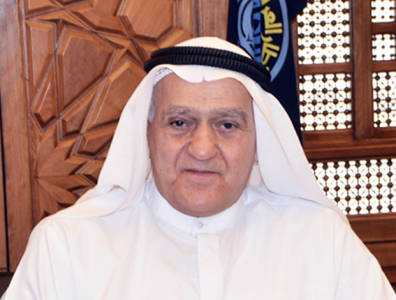 The race to diversify

Organization of Arab Petroleum Exporting Countries (OAPEC) secretary-general Abbas Al Naqi talks to TOGY about the ways that petroleum-exporting countries can add value to their domestic economies and what challenges member countries are likely to face in the near future. The regional organisation’s members include Algeria, Bahrain, Egypt, Iraq, Kuwait, Libya, Qatar, Saudi Arabia, Syria and the UAE.

How can petroleum exporting countries like Kuwait, who’s economy is 95 percent oil based, add value to their economies?
The overall objective of OAPEC member countries’ trade policy is the diversification of their export base. Economic diversification is an important success factor for any economy seeking long-term sustainability. Petroleum-exporting countries are attempting to promote their economies by establishing businesses that propagate diversification and provide added-value jobs for young people. Considering that population growth trends in Arab countries are skewed towards a younger demographic, this is especially important.

OAPEC member countries are trying to support the availability of domestic energy for local suppliers to increase these companies’ opportunities to offer a greater number of goods and services, including high-value products. The organisation’s members are undertaking a variety of measures to add value to their respective petroleum industries, including integrating petrochemicals with the refining operations, investing in research and development, building local resources and supply chain capabilities, utilising advanced technology and investing in developing their citizens’ skills and knowledge.

In what ways can petroleum-exporting countries streamline their regulations concerning international investment?
The issue of foreign direct investment (FDI) is different for oil exporters from other countries. As a fuel for local consumption and a source of export revenue, oil has a special status as the engine of economic development.
In general, OAPEC member states have traditionally relied heavily on public funds generated through oil revenues, marginalising both private and foreign investment. However, since the early 2000s, most of those countries, particularly GCC countries, have instituted several changes to their legal and economic structures governing FDI. Investment laws have either been newly created or modified, as providing a stable financial system and regulatory framework are necessary to avoid any potential uncertainty that could undermine mutually beneficial partnerships with foreign investors.
Non-oil sectors have benefited from the notable increase in FDI inflows as a result of the measures taken by OAPEC member countries. One example of these benefits is that the number of sectors that were previously closed to foreign capital have decreased. Economic diversification efforts throughout the Gulf have opened up the GCC economies to domestic and foreign investment and expanded governments’ sources of revenue to several non-oil sectors.

How is the North American shale gas revolution affecting OAPEC members?
Among the most recent developments in the international energy market has been the development of unconventional energy resources, specifically North American shale gas and oil. During the period 2010-2014, US oil production rose by more than 4 million barrels per day representing a 54-percent increase.
The shale phenomenon significantly changed the US energy landscape and affected the international oil trade map as well. In fact, the surge in the US oil production is considered one of the main drivers behind the recent market imbalance and consequent drastic fall in oil prices.
The prospects for shale oil and gas production are promising, but considerable uncertainty remains regarding the size and economic viability of these resources. In view of environmental considerations and other challenges facing the development of unconventionals, shale oil and gas can only be considered complementary to cheaper conventional oil and gas.
OAPEC member countries welcome all new energy sources, including unconventional hydrocarbons, which add depth and stability to the market and that will help meet growing oil demand in the years to come.