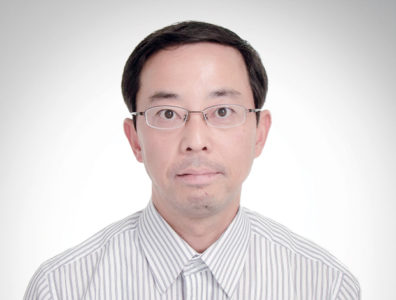 Major water and power plants more than 20 years old will need to be revamped or have new ones built in their place.

Value of projects Kuwait Authority for Partnership Projects is moving to tender$19.9 billion

What improvements have there been in Kuwait’s regulatory structure for contractors?
Opening the country’s market to foreign investors is one major area of improvement. The foreign investment law allows international companies to spend in some limited areas. Most of them, except for areas such as oil exploration, are opening up under this new law. The new IWPP law has also been launched in line with the PPP law, which will enable the Kuwait Authority for Partnership Projects to move ahead with $19.9 billion worth of PPP projects towards the tendering stage. With these new regulations, which will be the basis for infrastructure development, the government will accelerate its promotion to go ahead not only with build-operate-transfer projects, but also with other infrastructure plans. Az Zour North IWPP phase one was promoted in this previous legal environment, so developers have suffered certain unexpected delays during the course of those negotiations. However, we anticipate that local issues such as licences and incorporation processes will become smoother and faster for upcoming PPP projects.

What have been the most positive developments for financial investment in Kuwait over the past couple of years?
In addition to the new foreign investment and PPP laws, keeping the Offset Programme on hold will encourage foreign contractors, aside from those in the oil and gas industry, to invest in Kuwait. This programme created a larger hurdle for foreign contractors coming into the country, as it required them to invest 35 percent of their contract’s worth into approved Offset Programme ventures. With these major changes to the regulatory environment, 2015 was a memorable year for foreign investment in Kuwait.

What differentiates Kuwait from other GCC countries in the power generation sector?
Kuwait has the biggest opportunities in its power and water sector with regards to projects. The steps the country is taking will make it one of the most attractive GCC countries. Bahrain launched its first IWPP in the early 2000s, meaning the country has already caught up in fully developing its power generation sector. The UAE, Oman and Saudi Arabia have already established power generation sectors, and there is not much more room for growth. However, Kuwait is catching up with the region. It will be able to close the gap in a much shorter time span with a more integrated structure.

What progress has been made regarding PPPs in the Kuwaiti business environment?
The basic policy of Kuwait is to develop infrastructure through the PPP structure, as many areas need to be developed in the country. This includes not only power and water, but also railways, hospitals, sewage and so on. By having foreign investors with internationally proven technologies, Kuwait will upgrade or expand its infrastructure facilities to meet global standards.

What future projects are anticipated in Kuwait?
Kuwait is one of the most focused markets amongst the GCC countries when it comes to the power and water sector, as consumption of both continues to rise with the growing population. Major water and power plants older than 20 years will need to be revamped or new ones must be built in their place. Furthermore, water consumption in the region is quite high compared to other areas. According to the Kuwait Institute for Scientific Research, the country has the highest daily water consumption rate in the world at 500 litres per person, double the average international rate. Desalinating seawater and recycling wastewater from oilfield operations can make it potable and available for agricultural and industrial uses.