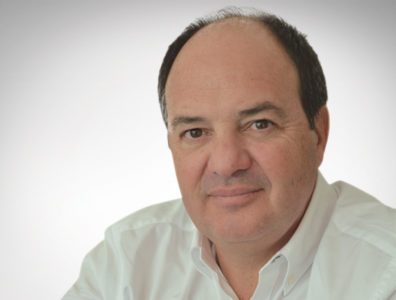 The first thing you have to provide in this industry is a clear set of rules. If you have a law and it changes, the whole legal scaffolding of the country comes crumbling down, creating chaos and anarchy.

Water cut and production in mature fields90% and 1,000 bopd

Cost of drilling a well in the Neuquén BasinUSD 1.5 million

Number of years Cerro Bandera has been producing62

TOGY talks to Diego Garzón Duarte, CEO of Oilstone Energía, about the company's focus on mature fields as one of the key players operating in the Neuquén Basin, as well as its goals in Argentina and beyond. He says that the country’s regulatory environment needs adjustment. Established in 2010 in Buenos Aires, Oilstone focuses on mature conventional assets in Argentina.

Can you tell us about Oilstone’s history?
We’re an oil company that began operations in 2010, looking to follow the model of the independent US oil companies. A total of 70% of the company is in the hands of management, which is made up of four people who have more than 25 years of experience in the industry. The other 30% belongs to financial investors from the agricultural sector.
We work with mature fields, which require state-of-the-art technology to get the most hydrocarbons out of the same deposits as fields that are not mature.
With that business model, in 2011, we started working in the Cerro Bandera block under a production sharing-agreement with YPF. We have invested more than USD 30 million there, where we have a contract until 2027.

What has production been like in the Cerro Bandera block?
YPF had estimated that the production would be 70-80 cubic metres [440-503 barrels] of oil per day. We are trying to reach 300 cubic metres [1,887 barrels] and are now at 240 cubic metres [1,510 barrels] per day. We’ve touched 320 cubic metres [2,013 barrels], so we’ve reached the highest level of production this deposit has had in the past 30 years. If you consider that licences are given for 25 years in Argentina, this deposit is in its third stage, as it’s 62 years old.
The same thing happened with gas. It would have produced 70,000 cubic metres [2.47 mcf] per day, or maybe less, according to a YPF estimation in 2010. Today, we’re producing more than 150,000 cubic metres [5.3 mcf] per day. All these marginal fields hadn’t received the right attention in the past 10 or 15 years, and that’s why we take up this important role in the industry. We believe there’s great potential for growth there.
We have worked in Cerro Bandera for four years and have been quite successful with the programme we developed. It is based on a very high amount of labour hours and engineering. Around 20% of our USD 30-million investment has gone towards engineering to figure out an appropriate capex [capital expenditure] programme.

What other opportunities has Oilstone had as a result of success in Cerro Bandera?
With the success of the Cerro Bandera field, we have been contacted by Gas y Petróleo del Neuquén [GyP] to help with the takeover of a group of seven fields together called La Dorsal Project. These fields were received by GyP from YPF in exchange for certain unconventional assets. In October 2015, we signed a 25-year farm-out contract, where we have a 40% interest, the operation of the fields and a capex commitment for the next three.
We first agreed on a work and investment programme with GyP, and all the risk is on Oilstone’s side. It’s a very good deal for GyP, because we took on the risk of the first USD 15 million and that company maintains 95% of the production until Oilstone completes the capex programme. After certifying the investments, our share will increase from 5% to 40%. The joint venture is run under a common AIPN [Association of International Petroleum Negotiators] joint venture agreement.

Has Oilstone received local or international financing?
We have local financing. Financing is available, but with appropriate guarantees. We started with a local scheme of guarantees called SGR [mutual guarantee societies], that are local insurance companies that give guarantees, and then we offer it to commercial local banks to get reasonable financing. That’s how we got the first ARS 10 million [USD 655,485] in funding.
Today, we are an entity that receives funding from local bank credits under standard conditions, like any other company in Argentina. We have more than ARS 60 million [USD 3.93 million] in a four-year deadline.

What are the company’s production capabilities?
With regards to production, independent companies are more efficient than the rest, because their dedication and focus is better. Once we received our first field, we looked for different ways to optimise production. As an example, Cerro Bandera has had only individual pumps and some PCP [progressive cavity pumping]. Today, we have different sizes and capabilities of PCP and ESP [electrical submersible pumping].
In 2015, we perforated the best well in the history of Cerro Bandera, which was a gusher for its first 200 days. Today, it’s still the best well there. The basis of our activity relies a lot on engineering and geoscience work.

What is Oilstone’s approach to making decisions about drilling programmes?
When we began with the first programme, we planned to perforate eight wells. However, when we finished the first one, we changed the plan and decided to perforate four and carry out workovers on the others because what was happening wasn’t what we expected in terms of the reservoir response.
Those types of flexible situations can sometimes help lower total costs. The wells we perforated for USD 1.2 million per well cost more than USD 2 million for big companies due to our specification and focus.
We own the company, so we truly operate as if the company’s money is our own. When you make the decision to do a workover, it comes from your pocket. That rationale in these mature fields has made this company work differently from any other.

What do you think of Argentina’s oil and gas regulatory environment?
The first thing you have to provide in this industry is a clear set of rules. If you have a law and it changes, the whole legal scaffolding of the country comes crumbling down, creating chaos and anarchy.
Argentina has very low production per well, so the regulation needs to be revised to give appropriate incentive to the industry to focus in mature fields. Mature fields, meaning those with more than a 90% water cut and with production of less than 1,000 bpd.
Some incentive should come from the provinces, the real owners of the resources, decreasing provincial royalties, because at 14%, there are many projects that get left out because they wouldn’t be profitable. Unions need to work together with companies to keep costs down.
To drill a well in the Neuquén Basin, you need USD 1.5 million. When we started to drill in Cerro Bandera five years ago, the cost was USD 700,000. The deal should be to lower the labour cost per unit and increase the quantity of people working. Personnel costs are about 75- 80% of the total cost, depending on the work being done.
Another point concerns the government and the matter of taxes. There should be special deductions with some of the capex to help mature fields remain in production.
We have to find a way to get things done when we have concessions. In that way, YPF has really taken a step forward in the selling of these marginal fields, and it’s just the beginning. It started in the Neuquén Basin in Río Negro, and now it’ll be in La Pampa and Mendoza. However, to force companies out of their own wells legally sounds like expropriation, and that won’t work.

What are Oilstone’s drilling and production plans in these fields for the next few years?
We like to go step-by-step. In these developments, we invest in a lot of technology and energy to develop an idea that ends up being suitable for only some wells, which is what we have done with GyP. You always have to reassess.
For example, in Cerro Bandera, after investing USD 30 million over five-and-a-half years, we’ve decided to reprocess all of our 3D seismic and reinterpret it, which is very expensive and will take us six to nine months. However, we want new conclusions regarding what resources we have. We know there are some things that could be different, and we can see if there are still more opportunities. We do a phase, we process the results and evaluate a second phase. That’s our investment plan with GyP.
Our largest development at the moment is in a block called Dorsal in the farm-out with GyP, where we will invest USD 15 million in the next three years. In 2016, we are in phase one of the capex programme, which includes workovers and facilities. With those results, we’ll decide the next steps. After we finish that, we will evaluate our results. We foresee stronger investments in 2017.
In Cerro Bandera, there will be a couple of drilling opportunities for the next few years. We are still in an important expansion phase. We believe that this growth phase for the next three years will be focused on the Neuquén Basin.

Is Oilstone thinking of expanding into other markets in the region?
We’ve had some offers to work abroad. We know Venezuela, Guatemala, Peru and Ecuador, but we prefer to consolidate what we’re doing here. Mexico is also very interesting following the last reform. That country has a lot to offer in our field of expertise.

Where would you like Oilstone to be positioned in the local market in five years?
We want to be one of the key players in the Neuquén Basin, and defining our way into another basin or country. Those are our short-term and mid-term strategies.