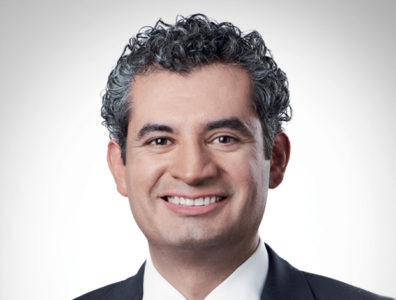 "The CFE will now be able to commercialise natural gas as a result of the reform."

Mexico’s electricity market, long monopolised by the Federal Electricity Commission (CFE), has undergone a major shift parallel to the changes underway in the upstream oil and gas industry as part of the country's energy reform. CFE director Enrique Ochoa Reza talks to TOGY about the commission’s $17-billion plan for the largest electricity grid overhaul in the country’s history.

How has the CFE’s role changed with the market’s restructuring process?
President Enrique Peña Nieto’s historic energy reform has resulted in the CFE’s evolution from being the country’s sole electricity provider to performing as a competing company for the first time. On top of its continued responsibilities of generating and distributing electricity, the CFE will now be able to commercialise natural gas as a result of the reform – an activity that was previously reserved for Pemex.
The CFE will therefore become an important supplier of natural gas to the Mexican market, while also using that same supply as feedstock in its power generation facilities.
Fuels that are expensive and environmentally damaging are being replaced with cleaner, cheaper feedstocks such as natural gas and renewables resources. Natural gas represents an ideal energy source and it is gaining ground in the domestic market. The feedstock is both economically viable and more environmentally friendly than other fuel sources.
Between 2012 and 2014, the CFE reduced its fuel oil consumption by 43 percent. This was followed by a substantial decrease in electricity rates from June 2014 to June 2015. Industrial consumers have seen rates drop by 25-35 percent, while commercial rates decreased by 11-22 percent and household rates by 2-11 percent.

What investments in infrastructure does Mexico’s electricity grid need most?
The CFE has more than $17 billion in investments planned for priority infrastructure projects that aim to fulfil Mexico’s booming electricity demand. These include 11 natural gas pipelines ($5.2 billion), seven thermoelectric power plant conversions ($200 million), seven combined-cycle power plants ($6 billion), 15 renewable power generation projects ($4.8 billion) and a combination of seven transmission lines and nine distribution projects ($1 billion).
The company’s renewable energy initiatives comprise two hydropower projects, five geothermal projects and eight wind projects.
Between 2015 and 2016, the CFE plans to complete 11 natural gas pipelines, which will span a length of about 2,300 kilometres. The tendering process for the seven combined-cycle power plants is ongoing. Three power plants have been awarded to three different energy companies as of June 2015. Once completed, these plants will bring an additional 5.3 GW of capacity to Mexico’s electricity grid.

How can Mexico mitigate the electricity losses in its distribution network?
The CFE was able to reduce its energy losses from 16 percent in 2012 to 14 percent in 2014. The commission is targeting the reduction of losses to 10-11 percent by 2018.
As part of the CFE’s nine distribution projects, the installation of 910,400 metering infrastructure devices and 20,500 transformers and the construction of 1,437 circuit kilometres will be prioritised. These modernisation projects represent a total investment of around $1 billion. They will further reduce losses associated with electricity distribution, yet more is needed.
As a result of ongoing infrastructure modernisation, the CFE’s operational losses are being reduced. In 2014, the commission saw an operating loss of $2.1 billion, representing a 30-percent decrease compared to 2013.
Some factors that are contributing to these developments include the increasing natural gas supply to power generation facilities from pipelines such as Los Ramones, as well as a year that saw a high level of rainfall.
High rainfall kept the level of hydroelectricity production high throughout 2014. This in turn led to efficient electricity production and lower prices for consumers. In 2014, electricity sales rose by more than 5 percent to $19.6 billion.

For more news and features from Mexico, click here.