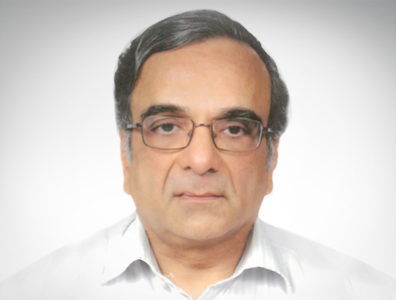 Length of the Middle East to India Deepwater Pipeline:1,300 km

Maximum depth of the pipeline:3,400 m

Nations under one pipeline

TOGY talks to Subodh Jain, the director of South Asia Gas Enterprise Company (SAGE), about developing the new deepwater pipeline between Iran and India and the geopolitical and technological challenges the project has needed to overcome. The company intends to build the deepest pipeline in the world to supply gas from Qatar, Iraq, Iran and Turkmenistan for India’s growing demand.

Could you give us the latest updates on the Middle East to India Deepwater Pipeline (MEIDP)?
The Middle East to India Deepwater Pipeline, which many people also call the SAGE undersea pipeline, has been there for quite some time. We are now in a very active project development phase to bring the pipeline from Iran to India directly. We are circumventing Pakistan through the Arabian Sea for security reasons. Rather than solving geopolitical issues, we prefer to solve the technical ones, such as the deepwater construction of our pipelines.
There were talks of an Iran-Pakistan-India pipeline, but the project seems to be scrapped because the pipeline passes through hostile territory, which presents major risks. This is a very sensitive subject. Pakistan has lots of security issues, even terrorism, in areas such as Balochistan and Waziristan. It is also very difficult to resolve long-standing political issues with Iran, Pakistan, India and China.
This was the rationale on which we started the project, to try to bring the project directly under the sea. This is very technically challenging because it will be the deepest pipeline in the world. The pipeline length is 1,300 km and the maximum pipeline depth is 3,400 m.
The gas will be sold by Iranian companies to Indian companies – we have an MoU [memorandum of understanding] with the National Iranian Gas Export Company – and they will sell the gas to Indian gas buyers, such as GAIL, GSPC [Gujarat State Petroleum Corporation], and IOCL [Indian Oil Corporation], with whom we have a PoC [principle of co-operation]. We will connect Iran and India with a common-carrier pipeline. Everybody can use the pipeline after paying the pipeline tariff. That is our model.
Currently, the project is under an active development phase. We are working with the best engineering companies in the world, such as INTECSEA from the Worleyparson group, and in deepwater, companies such as UK’s Peritus International.
MEIDP is a five-year project. We hope that very soon we will enter the FEED stage. We have done some early work and pre-field studies. We hope to award the front-end engineering and design study this year to a leading global firm. This will help us to finalise the pipeline route and help to make better cost estimates. A field study is needed, but it will cost a lot, maybe USD 50 million-70 million. We are just waiting for things to clear, because it is a lot of money.

Do you work with international players to overcome the technology challenges the MEIDP presents?
Yes, we have developed a global consortium in which the members are the leading partners of India and the world. We are working closely with pipeline companies, pipe laying contractors and the people who own the barges.
One good thing that has happened in the past three or four years is that the big European pipeline companies, such as Allseas international, Heerema Marine Constructors and Saipem, have built what they call mega-barges at the cost of USD 1 billion or more each that can lay pipeline up to 4,000 m deep. With this sort of change, laying deepwater pipelines is not difficult. If you go to their websites, you can see the new barges they have built, such as Pioneering Spirit, Aegir and Castorone. They are less like ships and more like factories where the pipe is welded and laid.
We have been working with several upgraded mills worldwide that can make the very thick pipe necessary to be laid at such water depth. Otherwise, as you know, the pipe can collapse in very deep waters.
If something goes wrong with the pipeline, you need remotely operated underwater vehicles, which can go very deep into the water and repair the pipeline. The technology is there.

Who would be the main off-takers of gas in India?
The pipeline tally for transporting the gas from Iran’s shore to the Gujarat coast is very competitive. Iran to India is about 1,300-1,400 km, whereas the distance from Krishna Godavari on India’s east coast to Gujarat on the west coast is about 1,700 km. You could say the coast of Gujarat is almost a default market: This is the market for gas.
Iran is very lucky to have a market in India, and we are very lucky to have a gas supplier almost a stone’s throw away. India is a huge country. The gas can go to other places, but to feed Gujarat and all these other places is the ideal market. GAIL, IOCL and GSPC will take most of the gas. These are the three largest players with whom we have a co-operation agreement.
Again, we could not make much progress in the past because of the sanction issues in Iran. All the American and European companies were not actively pushing the project, but now that it is over, they are all very keen on this. It is a sensitive issue, but this was the main reason.

How have you secured financial support for the MEIDP?
It terms of finances, we have appointed SBI Capital Markets, India’s leading finance and loans organisation, which is part of the State Bank of India. They have been our financial advisor and are helping us to navigate the way.
We are also in touch with some financial agencies in Europe who provide soft funding, provided we give some contracts to companies in their country. Whether they are Italian, English or Dutch, these countries have their own organisations that provide low-cost and long-duration funding. We are looking for soft loans for around 20-25 years. Their only condition is that you must give some work to their local companies.

How do you pitch the project to international investors?
MEIDP is a new energy corridor that we are creating for India, a kind of gas highway. We are trying to connect two continents: Iran to India and Oman to India through a deepwater pipeline.
It is a visionary project, but it also has its challenges, technical and geopolitical. However, all our studies over the past five years show that it is a very doable, both technically and commercially. We just need all the elements of the project together and active government support. International investors would like the assurance that there is a kind of understanding between India and Iran for the pipeline as well as transparency and stability. Nothing major should happen in terms of regulatory and taxation terms and conditions.
There the comfort that both countries have the understanding to buy and sell gas. You could call it a HoA, a heads of agreement.
Lastly, there was a kind of myth in the past that deepwater pipelines are more costly than onshore pipelines. This is not true anymore. Onshore pipelines take longer to construct and sometimes involve payment of a transit fee to the country through which pipeline passes. We travel around the world to talk to investors to explain the viability of the project.

What are the main regulatory and fiscal challenges that slow down the transnational pipeline project?
Although we started working on it 20 years ago, one of the ongoing issues has been geopolitical relationships with our neighbours. India has unresolved issues with China and Pakistan. Transnational pipeline projects require a great deal of vision, and there should be time-bound implementation. That is where India failed.
We have this tendency in India to be very commercial. We start by asking what the price is, and we will keep talking about the price. We are market-type people. However, if you keep discussing prices for many years you won’t get far, as in international politics every few years the reality on the ground changes. If you have protracted price negotiations all the time without any other work being done, such as field studies, it becomes like going to the market and buying something. These infrastructure projects do not work like that.
That said, geopolitical issues are currently getting resolved. The main thing is that the country must have a strong willpower to follow through, which was perhaps lacking until now.