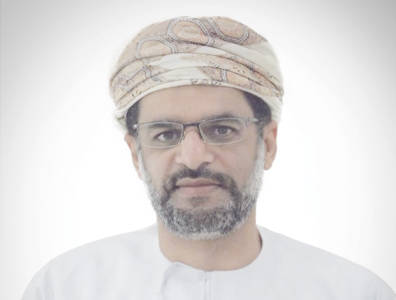 "Oman’s high demand for water means that we must occasionally continue power generation at sub-optimal levels of efficiency."

What are the main ongoing projects in Oman’s power generation industry?
Due to the economic growth that has been led by the domestic hydrocarbons industry, Oman is experiencing an increase in demand for electric power. In addition to commissioning the 2-GW Sur Independent Power Project (IPP), OPWP managed several different power generation project tenders during 2014. The Salalah-2 IPP was an important deal that was concluded in March 2015. A consortium led by Japanese corporate group Mitsui & Co. and including Saudi Arabian power company ACWA Power and Omani holding company Dhofar International will develop the 445-MW combined-cycle power plant in the Salalah Industrial Area. The plant will cost around $620 million and will begin operations by January 2018. Musandam Power Company, a subsidiary of Oman Oil Company and South Korean multinational LG International, was awarded a contract to build the first IPP in Musandam. The 120-MW gas-fired power plant will use reciprocating engines capable of running on both oil and gas. The prequalification process of bidders for the Ibri-Sohar 3 IPP is underway. Our objective is to increase capacity by around 3.2 GW and to reach full commercial operation in Ibri and Sohar in 2019. We are hoping to conclude this deal in 2015.

Why did the government decide to increase natural gas prices from $1.50 to $3.00 per million British thermal units?
The change to increase prices introduced by the Ministry of Oil and Gas has been in effect since January 2015. The bulk supply tariff is very transparent and basically accounts for all our costs. Even at $3.00 per million British thermal units, the price of gas is still subsidised. The reason behind the increase is to limit the burden of oil and gas subsidies on the government budget by encouraging companies to be more careful about their energy use and look for energy efficiencies. The 100-percent hike in gas prices has affected electricity distribution companies who buy electricity produced through gas-fed power generation. Distribution companies will experience a surge in their costs in 2015, but the end users will continue to be charged on the basis of tariffs set by the government.

What is behind the drive to separate water from power production?
There are a number of incentives for more flexibility in power and water production, which can lead to significant improvements in overall production efficiency. Where the electricity and water production capacities are interlinked, Oman’s high demand for water means that we must occasionally continue power generation at sub-optimal levels of efficiency. The second reason is due to developments in reverse-osmosis technology that have lowered production costs. This fostered a competitive environment as the cost of producing water is cheaper than combined production. The feedstock on the Sur Independent Water Project is electricity. It was the first major reverse osmosis plant that was executed through an IPP. The increase in water demand made it important to de-link power and water production from a planning perspective. This strategy delinked project-timing requirements and avoided the potential to transfer risk between each sector.

For more news and features on Oman, click here.