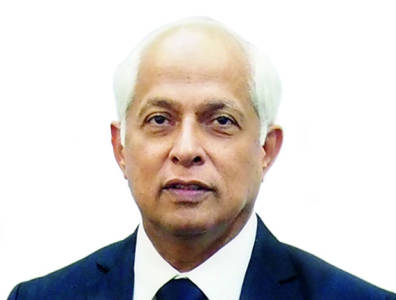 “Strict quality and safety norms or the implementation of a uniform tax structure would contribute to a more level playing field for all manufacturers.”

Number of Indian Institutes of Technology16

New hope for manufacturing in India

How do you assess the current situation and potential of India’s manufacturing sector?

Slow industrial growth, stagnant or shelved oil and gas projects as well as power projects, and policy paralysis have hindered the manufacturers of heavy equipment, automation and process instrumentation products in India. The industry became very wary of investment decisions and several projects were delayed. Prime Minister Narendra Modi’s “Make in India” campaign, launched in September 2014, has provided an impetus, and the government has sent positive signs to the business community through its industry-friendly policies.

Regarding process instruments and sensors, we now see many opportunities in the power and gas distribution sectors. On top of plans to revive stranded gas-based power plants through measures such as gas pooling, the government intends to deliver on its promise of nonstop electricity through brownfield and greenfield projects in thermal and renewable energies. India is also expanding its national gas grid by 15,000 kilometres and moving ahead with the construction of several LNG terminals on the east and west coasts. Its annual regasification capacity should reach 32.5 million tonnes by 2017.

How can local Indian manufacturers enhance their competitiveness?

Indian manufacturers still need to raise production quality to international standards. While local companies have strong customer bases and reliable distribution channels, exports growth and expansion into foreign markets requires the use of globally recognised manufacturing concepts such as lean and Six Sigma. Successful implementation would allow companies to eliminate waste and inefficient practices as well as improve the quality of process outputs while cutting costs.

What are the best ways for international manufacturers to grow their business in India?

For larger private and international manufacturers, growth can be achieved through automation to increase production and allow more pricing flexibility while maintaining quality. Additional operational focus such as strict quality and safety norms or the implementation of a uniform tax structure would contribute to a more level playing field for all manufacturers.

For a company such as Baumer Technologies, developing a reliable sub-vendor network for high runner, or most in-demand, components to manufacture as per defined quality standards while managing in-house production and quality checks for low runner and the most critical parts is a good strategy. Low runner and critical components such as Bourdon tubes or some specialised connections, seals, laser welding applications, or precise and complex machine parts can be best controlled precisely when produced in-house.

What lessons can be drawn from the state of Gujarat to encourage the development of India’s manufacturing industry?

Trade unions in Gujarat interact in a very peaceful and co-operative way with industries. Labour issues have been successfully reduced in Gujarat through strict adherence to labour rules and higher wages for the workforce.

The state’s twice-yearly revision of minimum wages for skilled and unskilled labour keeps salaries in line with the cost of living. The revision has been substantial. It increased almost 30 percent last year. In addition, the state has many manufacturing facilities, so a wide range of engineering products is available through a reliable network of local sub-vendors. Underlying these are the basic conditions for any successful manufacturing industry such as power and water supplies, fast investment decisions and stable policy framework.

Enhancing labour skills is critical for the country’s manufacturing sector and requires government assistance. While 16 centrally funded Indian Institutes of Technology award degrees up to the doctorate level across the country, they do not produce enough skilled labour to compensate for increasing local demand and emigration to regions such as the Middle East and the Gulf. Opening additional technical institutes specific to skilled workforce development is key for the future of India’s manufacturing sector.

Click here for more features and news from India