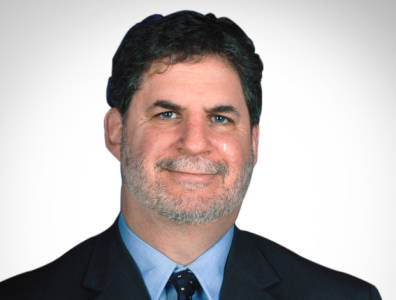 Number of fields offered in Gabon's offshore bidding round5

When bids are expected to be finalised for roundmid-2016

Eric Benjaminson, Horizon Client Access senior adviser and former US ambassador to Gabon (2010-2013), speaks to TOGY about the country’s evolving business environment in light of the downturn in oil prices. He elaborates on the country’s need to develop its gas industry and infrastructure, as well as the current effort to invest in mature deepwater fields.

How can Gabon develop its gas resources most effectively?
Gabon is not a heavily industrialised country. Gas has obvious economic benefits with low oil prices. Gabon could use it for power generation, but they do not have the necessary plants. In the current price climate, attracting investment will be difficult.
The lack of gas infrastructure is not just a challenge for Gabon. With the possible exception of Nigeria, no gas source in that region is profitable enough to justify investing heavily in the infrastructure to exploit it. Gabon should work with other regional gas sources and producers in Angola, Congo and Nigeria to partner up resources and invest in infrastructure together.
These countries have to sit down and talk about creating a common Central African gas zone. This would expedite foreign investments in the region.

What is Gabon’s business environment like in light of low oil prices?
The country’s business environment depends heavily on the company. It also depends on the conditions Gabon sets and makes available. Rooted producers with established fields such as Shell and Total are not necessarily banking on future fields as much as they are trying to operate the ones in which they are already established.
Low oil prices and production difficulties are problematic, but exploration companies entering Gabon will find some opportunities. In the past, Gabon was a highly bureaucratic business environment with lots of state intervention. Signing an agreement took several months, if not years, of negotiations. The environment is slowly improving and gradually becoming less bureaucratic. The new bidding round was transparently announced in Cape Town, with the government presenting clear criteria and a willingness to let new actors in.
The previous bidding round had many problems associated to it. The environmental and corporate social responsibility criteria were changed mid-way, and there was a fundamental misunderstanding about companies’ capitalisation. This time, the bidding criteria were published early, and they will have gotten more right than they did in the first round. It was a learning experience.
Gabon needs to get a handle on labour issues. The unions are quite powerful and suspicious of international oil companies. There needs to be some movement towards labour stability. Strikes need to be systematised, as informal and illegal strikes damage overseas investments.

What challenges remain with Gabonese mature fields investments?
The Gabonese government asked the Gabon National Oil Company to take change of the Rembue field to extract as much remaining oil as possible from it. The company had issues figuring out how to do that and finding partners for it. The national oil company also has experienced leadership issues.
It is critical to get every possible ounce of oil out of existing fields. Shallow water plays continue to decline. It is difficult to say how marketable the deepwater plays are, as they are currently still being explored.
Achieving production in deepwater plays in the future and in the older shallow fields requires new and different technologies, as well as bringing in companies that have more experience in these particular operations. Gabon needs to partner with other companies and make the partnerships attractive. In the low price environment, outside companies are going to take a risk in operating in very old fields.
Total and several other companies have been talking to the Gabonese government about this. The question is not about interest but rather how quickly Gabon can move. The faster, the greater the benefits are for everyone. A new transparent hydrocarbons law was passed, allowing everyone to move ahead with the second bidding round.

What position will Gabon hold in the future of the regional oil production market?
As long as the country remains politically and economically stable, it is always going to be able to attract some level of foreign investment.
A lot of this depends on marketable finds in deepwater. Gabon will have a serious problem in the next 25 years if it doesn’t find marketable oil in the new deepwater blocks. New technology can only extract so much from mature fields, and economic diversification through tourism and retail will take a while.
Gabon should be looking towards a regionalisation of efforts. Investors do not want to limit themselves to one market only. Some finds are being made in the exclusive economic zone of São Tomé. There may be gas there too, and investors will be much more attracted to the idea of a gas consortium than simply that of just one country.

For more news and features on Gabon, click here.