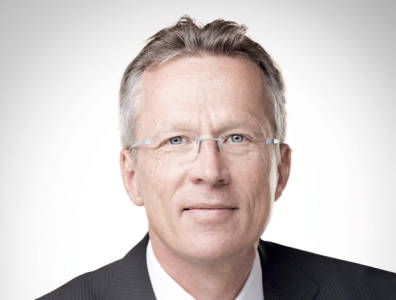 "The government will have to indicate its willingness or take certain actions to open the country’s upstream sector to foreign investment."

Patrick Van Daele, vice-president and country chairman of Shell Arabia, speaks with TOGY about how joint ventures have contributed to growth opportunities for future investment and the domestic workforce. The company began its activities 75 years ago in the country, and has expanded its downstream operations in its partnerships with state-owned Saudi Aramco and local petrochemicals giant Sabic.

To what extent do joint ventures with international companies raise the standards for local players?
Both parties in a joint venture contribute specific skillsets and expertise. An international oil company can offer knowledge of how things are done in similar plants all around the world, in addition to technology and innovation. At the same time, domestic players bring local operating experience.
International companies concentrate on people, safety and reliability and put a lot of effort into raising the technical knowledge and skills of the local workforce. Training is part of corporate responsibility undertaken by international companies. The Saudisation rate in the operations of foreign companies in Saudi Arabia is a good criterion of partners’ involvement in the country’s economic sustainability.
In addition, safety is a priority for all major oil and gas companies. International corporations have faced a lot of technical challenges, and their extensive experience gives them expertise in risk prevention. They apply their know-how to better regulate hazardous work. This raises the overall level of requirements for local companies, and ultimately it benefits the whole industry in preventing workforce and environmental accidents.

What is the status of Saudi Arabia’s downstream plants?
Many longstanding assets require significant investments in maintenance. Saudi Arabia is a very mature market with ageing downstream facilities that are nonetheless world class regarding size and capacity. For instance, Saudi Aramco’s Ras Tanura, one of the oldest refineries in the Gulf, began operations in 1945 and has a crude distillation capacity of 550,000 barrels per day.
Sadaf, our petrochemicals joint venture with Sabic, began production in 1985 and produces 4.7 million tonnes per year of petrochemicals products including crude industrial ethanol, ethylene and ethylene dichloride, among others.
With considerable year-on-year operating expenditures in the company, on going investments in these facilities are essential to ensuring they continue to deliver. The Royal Commission of Jubail and Yanbu, an autonomous organisation that plans and develops industrial cities, is working on maintaining infrastructure and preparing for future expansion to meet the needs of the industry.

Is the government likely to open its upstream sector to foreign investors?
The government will have to indicate its willingness or take certain actions to open the country’s upstream sector to foreign investment. At the start of its gas initiative more than a decade ago, in 2003, the government invited international companies to partner with Saudi Aramco and explore for gas in the Empty Quarter.
The results have been mixed. The wells in the Empty Quarter’s Rub al-Khali desert had to be drilled to approximately 4 kilometres in difficult reservoirs with poisonous gas.
However, we hope the country will open up to foreign investment in its upstream sector. This is part of Shell’s growth strategy, namely integrated gas and deepwater. In Saudi Arabia, it may be in the further exploration for gas in challenging environments such as offshore or at mature fields.

What is the status of the local oil and gas workforce in the country?
A huge demand exists for a skilled workforce given the new projects coming on stream. The east coast city of Jubail is probably the hottest area in Saudi Arabia for labour demand. Huge mega-projects such as the Sadara chemical complex, a project that is reportedly in the $20 billion-25 billion range, need qualified professionals to function.
Nevertheless, attrition of Saudi workforce needs to be tackled. At Shell, we have fought the attrition of our Saudi workforce during the last couple of years, and we were able to make great progress in that respect.