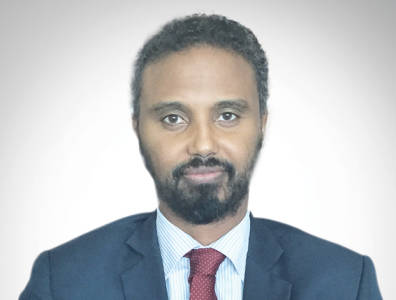 The GCC region is strategically located between emerging markets such as India and the African continent. This is the best scenario any company could possibly have, with low input prices and close proximity to clients in fast-growing regions.

Number of countries in which Dow Chemical works180

Petrochemicals growth in Kuwait and beyond

Ahmed Dualeh, managing director for Dow Chemical in Kuwait and Iraq, talks to TOGY about the role of Kuwait and the wider Middle East in the economies of developing markets, innovations in the petrochemicals sector and future domestic growth. The multinational company delivers a broad range of technology-based products and services to customers in approximately 180 countries in high-growth sectors such as packaging, electronics, water, coatings and agriculture.

What are the factors behind petrochemicals growth in Kuwait and the GCC?
As with any commodity, both supply and demand have to be taken into account for growth in Middle Eastern petrochemicals. On the supply side, Kuwait and the rest of the region are at an advantage, since they have low-priced hydrocarbons available for feedstock. They have also invested in the latest technologies in the industry, which helps create optimised results and efficiency.
On the demand side, the GCC region is strategically located between emerging markets such as India and the African continent. This is the best scenario any company could possibly have, with low input prices and close proximity to clients in fast-growing regions.
While Middle Eastern markets have traditionally catered to North Africa, exports to sub-Saharan Africa are growing at a rapid rate. The UN predicts the region will have a population of 1.5 billion to 2 billion people by 2050, so a lot of multinational petrochemicals companies with operations in the Middle East are setting up offices in strategic locations across the African continent such as Kenya, Nigeria, Ethiopia and Ghana to cater to this growth.
The GCC region has also been subject to phenomenal growth over the last decade or so. This has been fuelled by investment in a number of key sectors, namely infrastructure and energy. Reports have indicated that more than $2 trillion of infrastructure projects are in the pipeline and over $1 trillion for the energy sector. These have contributed to the growth in demand of petrochemical products within the region and will continue to do so.

How will Asian markets factor into petrochemicals demand?
The second-biggest emerging market is Asia, particularly India, since it is on pace to overtake China as the world’s most populous nation in 2022, according to a UN report released in July 2015. While China is due to be surpassed in overall population, it is still a huge market with a high demand.
The petrochemicals demand factor in all of these countries is basically driven by the increase in the manufacturing and industrial sectors, which need to address growing demand for consumer products, infrastructure expansion and energy requirements.
What’s more, urbanisation grows in these economies and cities begin to expand. As disposable income increases in emerging markets, the demand for consumer products also increases. This means more demand for food packaging, construction material, cosmetics, vehicles, etc., all of which are produced with petrochemical products.

What issues will the oil and gas industry develop new technology to address?
Water recycling is hugely important for the oil industry for both environmental and economic reasons. A significant amount of water is used when drilling for oil, in enhanced oil recovery and with oil when it comes to the surface. This effluent and associated water must be treated to dispose of it without violating environmental regulations.
However, companies are now coming up with technologies that will enable this water to be used for industry, agriculture and even consumption. Making a substance go from a waste product to a value-added one is a challenge, but challenges are the fountainhead of innovations.

Where is the greatest area of growth for petrochemicals in Kuwait?
Domestically, demand for petrochemicals products used in the construction industry has grown substantially. Consumption of day-to-day goods is also increasing in the local market. Growth in the upstream sector comes from products used to improve oil recovery, and growth in the downstream sector comes from products used to remove sulphur from gases.
With the government approving $9.9 billion in a series of power, desalination and infrastructure projects in August 2015, the country is looking to expand these areas to meet its population growth pattern. Aside from the fact that 95 percent of government revenues come from petroleum exports, Kuwait’s domestic market is like a microcosm of all the different demand factors affecting world markets.