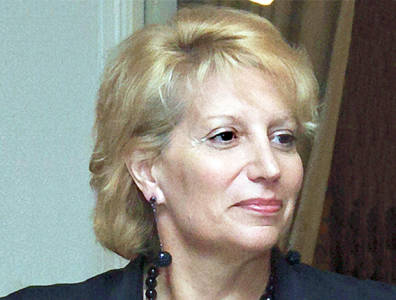 The transportation and distribution of produced natural gas remains an underdeveloped segment of the domestic gas value chain. The investment and operating of the midstream sector falls directly and almost solely on upstream producers.

Elisabeth Proust, managing director of Total Upstream Companies in Nigeria, speaks to TOGY about the future of natural gas production and infrastructural gaps in the domestic gas market. The company operates the $15-billion offshore deepwater Egina project at oil mining licence (OML) 130, host to a development phase expected to come on stream in 2017.

How do minimum threshold obligations affect the gas market?

Federal government regulation sets a minimum requirement for upstream gas production to be sold in the domestic market. This policy came to the fore with the creation of the national gas master plan and falls under the clause of the domestic gas supply obligation.

While the exact percentage of gas production that must go to the market varies on a case-by-case basis, operators are expected to comply with their obligations or face a penalty under the supply obligation threshold. The concept of this obligation is a positive step in creating gas infrastructure and a sustaining domestic gas market.

How does the government set gas prices?

Determining a price based on producers’ overheads, investment costs, gas production and a healthy return is an enormous challenge for the Nigerian government. It was obliged to fix the price of gas supply to the domestic market, including as feedstock for power plants.

Finding one price that works across the board and that can be applied to all companies is difficult. For example, while Total has financed $5 billion for the OML 58 brownfield development to increase gas production by 7 mcm (247 mcf) per day, smaller independents may be investing for less than 1 mcm (35.3 mcf) per day. There is a vast contrast in economics and risk.

What infrastructural gaps exist along the domestic gas value chain?

The transportation and distribution of produced natural gas remains an underdeveloped segment of the domestic gas value chain. The investment and operating of the midstream sector falls directly and almost solely on upstream producers, which is not the case in most mature markets.

For example, when it comes to constructing and developing pipelines, the producer undertakes the entire process from the study and design phase to the construction and ultimately the operation and delivery of gas to the power sector and clients.

This is particularly precarious for those producing from joint venture framework blocks. There, the framework dictates a 60/40 split between the Nigerian National Petroleum Corporation and operators. Most of the pipelines that are required to bring gas to the market leave the physical boundaries of the blocks, thus rendering the fiscal negotiations and determinations complex with regards to funding and compensation.

The emphasis in the market should be on the development of private companies concentrating on the midstream sector. These companies investing in the construction and operation of pipelines, or other transport systems such as CNG or LNG vehicles, would have the opportunity under specific fiscal terms to collect tariffs from producers or to buy the gas at the outlet of the field, transport it and sell it to the customers.

How has the evolution of fiscal terms in Nigeria’s upstream impacted future investment?

Up until 2014, Nigeria had fiscal terms that were somewhat strict, but were also stable and reasonable. While globally there are difficulties due to depressed oil prices, fluctuating between $50 and $60 per barrel, the previous consistency of the terms would have provided a platform to make long-term investment decisions and forecasts.

Since 2014 however, several new taxes and levies that are not favourable to producers have been implemented in addition to significant taxes that were already being paid out. For example, in addition to the Nigerian Export Supervision Scheme inspection fees, which cost the industry tens of millions of dollars a year, we have been requested to pay weights and measuring monitoring fees at a significant additional cost.

In addition, Nigerian Ports Authority (NPA) pilotage fees were increased by 30 percent in 2014. We are being charged a levy for reception facilities, waste disposal and sea protection. NPA stevedoring dues are payable whether we use NPA stevedores or not.

These are just a few examples of the many different types of charges that have been presented to industry producers and terminal operators. These new levies create concerns of rising costs in the market and uncertainty as to whether this is part of a longer-term fiscal trend.

How can the value chain be improved?

Revisions must also be made to upstream concession frameworks. The joint venture framework for upstream concessions continues to provide challenges that stifle growth. While the Nigerian National Petroleum Corporation is the 60-percent stakeholder in these agreements, it is not funding its full share of capital costs, which leads to significant delays in final investment decisions.

On the production-sharing concession side, the lack of fiscal gas terms creates uncertainty for producers on their future returns. On major production-sharing concessions, such as the Egina project, we hope that the producers’ association can negotiate terms for gas production. Most companies in the deep offshore are compressing and reinjecting the gas, while this gas could go to the domestic or export markets.

In the fabrication and services segment the most significant driver of cost is the lack of competition. By breaking monopolies and expanding the competitive segment of contractors and suppliers, companies are forced to become more competitive with regards to their pricing and quality of services. Assisting new Nigerian companies to challenge existing ones is of the utmost importance.

What changes must be made in acreage allocation in Nigeria’s offshore industry to encourage more investment in exploration activity?

Nigeria’s oil reserves to production ratio has declined for around 42 years and while there is activity in deepwater plays through operators such as Shell and Total, the difficulties in accessing acreage remains a significant bottleneck.

Since 2007, there has been no official bidding round for acreage attribution. Many of the blocks that hold prolific levels of estimated reserves are those that have been declared by local companies. Total has managed to partner with Nigerian companies in a few of these blocks but such deals are complex.

In order to revitalise acreage exploration, a formalised, simplified process through which these indigenous blocks can be assigned is one necessary improvement. Another vital change would be to reinstitute formal bid rounds for blocks, open for competition to all investors.

Click here for more news and features from Nigeria