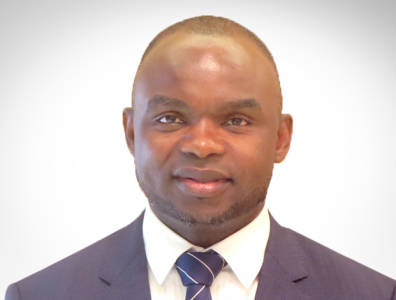 The natural gas reserves trapped in the geological formations offshore represent a valuable domestic stock of energy resources for Angola.

Number of state-owned companies created through the energy reform3

Percentage of population connected to the grid30%

Date of implementation of the energy reformNovember 20, 2014

The power generation sector in Angola is still in the early stages of development. Major improvements are needed to expand the country’s distribution network. Bunga Kiala, country president of Schneider Electric Angola, speaks to TOGY about the recent changes in the energy industry, as well as future opportunities linked to the expansion of natural gas processing capacity.

What are the major challenges Angola is facing in electricity distribution?
Despite the current slowdown, the hydrocarbons industry is creating a series of opportunities for the country. The natural gas reserves trapped in the geological formations offshore represent a valuable domestic stock of energy resources for Angola.
Angola lacks a major distribution framework. Roughly 30% of the population is connected to the grid, meaning that only 7.3 million people have access to electricity. Most of Angola’s 24 million inhabitants live in major urban centres such as Luanda, Huambo, Lobito and Benguela. The rest of the population still lives in remote and underserved areas. To properly connect these inaccessible areas through power lines will take time.
If the government implements economic diversification, the distribution deficit has to be addressed. This will in turn translate into a vast array of possibilities and opportunities for big and small companies willing to invest in the development of the Angolan power distribution system.

What major developments have occurred in the country’s power sector recently?
Major changes have occurred over the past year. In late 2014, the Angolan government implemented a reform that is poised to completely reshape the power sector.
Up until November 2014, the only two state companies in charge of the electricity production and distribution were the National Electricity Company and the Electricity Distribution Company. They have now been replaced by three new companies to modernise the power sector and target production, transport and distribution.
The production phase is managed by the public company for the Production of Electricity, with a statutory capital of USD 4.9 million. The National Electricity Transport Network is in charge of the management of the national power system, with a statutory capital of USD 2.9 million.
The National Electricity Distribution Company will oversee the distribution and commercialisation of electricity, also with a statutory capital of USD 2.9 million. This new structure represents a step towards better management and an enhanced liberalisation of the power sector.

How can the exploitation of gas potential support the power distribution network?
To date, the natural gas potential of Angola has yet to be fully tapped. As of 2014, Angola holds an estimated 308 bcm (10.9 tcf) of proved natural gas reserves.
State-owned oil and gas producer Sonangol and the government are looking to expand the country’s processing capacity to better serve the domestic electricity demand. The Angola LNG plant, which has an estimated production capacity of 5.2 million tonnes per year of LNG and related gas liquids products, is still undergoing repairs.
Despite the potential of the plant, which is expected to be running in mid-2016, its location would not allow for a natural gas distribution on the national level. Located on the outskirts of the city of Soyo, in the northern province of Zaire, the Angola LNG plant will not be able to supply the southern part of the country. An extensive pipeline network would be necessary in order to transport natural gas.
Such a major infrastructure development is not likely to be accomplished in the near future. Looking into improving decentralised power sources, especially for small agricultural villages, would be beneficial.

What future opportunities do you foresee for the Angolan power sector?
Angola still has a long journey ahead of it. When you realise that even Luanda, the capital city, still has recurrent power cuts, then you might have an idea of the extent of the improvements that are needed in power generation and distribution.
The development of the power sector is critical to the future of the country. The diversification of the economy cannot be implemented without a stable grid network.
About 70% of the population is in need of electricity and natural gas. This was once seen as something to be flared away, but is now being taken seriously as a resource. The ongoing liberalisation of the market encourages participation from private companies as well.