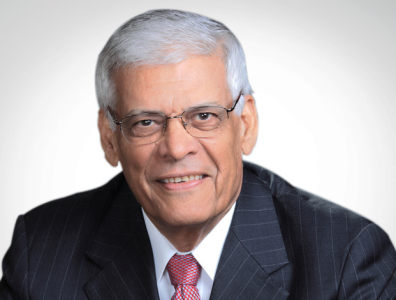 Many OPEC countries have some of the world’s lowest production costs, which is a benefit in a low price environment.

Estimated increase in energy demand by 2040Around 50%

Estimated increase in demand for crude by 205017 million bopd

Ride out the storm

How will OPEC’s role as a globally prominent hydrocarbons organisation change as oil production from non-OPEC member countries continues to rise?
OPEC countries hold more than 80% of the world’s proven crude oil reserves, much of which is relatively cheap to produce. While non-OPEC production may continue to rise in the years ahead, a significant amount of the crude being produced is high cost. Competing with the low costs associated with OPEC’s resources will be difficult.
With energy demand expected to increase by around 50% by 2040, the world will need more oil. Demand for crude will likely grow to around 110 million bopd by 2040, which is an increase of more than 17 million bopd. An estimated 14 million bopd of the increase is expected to come from OPEC member countries.
OPEC will continue to play a central role in meeting the world’s oil demand and remains committed to helping achieve market stability and ensuring the necessary investments.

How important is it for OPEC to have members with spare production capacity, and how does the UAE contribute to this?
We all recognise the importance of the oil market having a degree of flexibility, through both spare capacity and stocks. These can help provide a balancing factor if the market is hit by unforeseen events or structural changes.
In the recent past, spare capacity has helped the market adjust on a few occasions. In 2004, OPEC adjusted to meet the rising demand as the global economy grew at levels greater than 4.5% per year.
Spare capacity from some OPEC member countries helped balance the market when Libyan production fell due to ongoing upheavals in the country in 2011.
While the UAE has contributed its spare capacity in the past, how much is held and when it is used is a decision for each country.

Considering the current low price of oil, is the UAE’s production target of 3.5 million bopd by 2017 still realistic?
With around 100 billion barrels of proven crude oil reserves and given that it is ideally positioned geographically as the global energy axis continues its eastward shift, the UAE will remain one the world’s leading oil and energy centres. I am sure its investment plans will continue to reinforce its commitment to making sure its consumers’ needs are met.
While I cannot comment on specific UAE targets, the current oil market environment is a challenge for everyone and there is a considerable amount of re-evaluation over which investments should or need to be made.

Over the past year or so the market has witnessed a great deal of change. How can OPEC member countries, in particular the UAE, remain competitive?
The oil market has seen many ups and downs over the course of its history. Producers and investors alike have had to continually evolve to adapt to changing circumstances. This time will be no different.
Many OPEC member countries have some of the world’s lowest production costs, which is a benefit in a low-price environment.
While that might be the case, member countries also recognise the importance of continuously looking towards improving efficiencies in exploration and production, developing new technologies and advancing the environmental credentials of oil. These companies are also working towards diversifying their economic base through related industries such as refining and petrochemicals. The UAE has been able to make headway in this way.