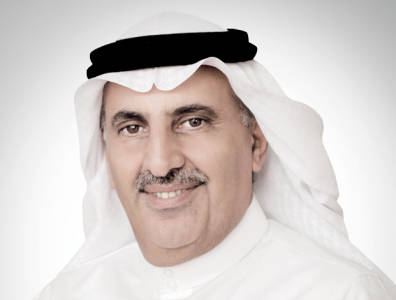 Developing the downstream sector creates more value out of exported products by converting the petrochemicals and chemicals into higher-value semi-finished and finished products in the country.

Saudi’s race to the top

Petrochemicals production in the GCC rose by 4.5 percent in 2014, making it the second-highest growth region in the world, according a 2014 annual report written by the Gulf Petrochemicals and Chemicals Association (GPCA). Abdulwahab Al Sadoun, secretary general of the GPCA, talks to TOGY about the petrochemicals and chemicals sector and what countries must do to combat declining prices in the sector.

What must Saudi Arabia and the GCC do in 2015 to maintain the robustness of the petrochemicals and chemicals market?
More emphasis has to be placed on developing local innovation capabilities. Several steps in this direction, including the launch of innovation centres for product applications by leading Saudi companies, such as Saudi Basic Industries, Tasnee and Sipchem, are already in place.
The government invested in launching the King Abdullah University of Science and Technology in 2009, which has become a regional centre for graduate research. This initiative was complemented by the launch of two technology centres in Riyadh and Dhahran. However, more co-ordination is needed to ensure the optimal use of resources in this area.

What can companies in this sector do to sustain their competitiveness on a global level and improve their performances?
The product diversification drive to manufacture higher-value products, such as specialty and performance chemicals, needs to continue. A key challenge countries face is getting access to cutting-edge technologies. One way for Saudi Arabia to overcome this challenge is for the large petrochemicals and chemicals companies to acquire technology companies to consolidate.
Developing the downstream sector creates more value out of exported products by converting the petrochemicals and chemicals into higher-value semi-finished and finished products in the country.
The development of the downstream sector would also fit the GCC governments’ targets to create more job opportunities for locals and increase local content. For Saudi Arabia, the goal is increasing Saudisation. The sector’s workforce should also have more women from the GCC.
Co-ordination between local companies developing new technologies such as crude-to-chemicals applications is needed to offset the industry’s challenge in securing feedstock amid supply constraints. Companies also have to try to keep their market share in manufacturing, supply chain, marketing, sourcing and service functions.

What research activities are Rabigh Refining and Petrochemical Company, which produces and markets refined hydrocarbons and petrochemicals, and Sadara Chemical Company engaging in?
Both of these Saudi Aramco joint-venture companies are important players in the country’s diversification drive, which started in the early 2000s. The sector moved from being cyclical and commodity-based to offering more diversified, less cyclical and higher-value products, such as specialty and performance chemicals.
The two ventures are significant milestones in the emergence of Saudi Aramco as a fully integrated energy company and are in line with its strategy to be among the top 10 chemicals producers worldwide by 2020.