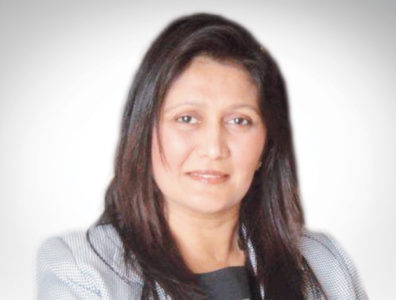 We are ready for a huge leap forward in the maritime sector, and we cannot afford to miss the ship this time. There are many players and few jobs, leading to a struggle for all involved.

Percentage of the company that deals directly with oil and gas:10%

Percentage of the company linked to power infrastructure, fertilisers and refineries:70%

TOGY talks to Sharmila Amin, managing director of Bertling Logistics India, about the country’s power infrastructure, the challenges of Customs clearance in India, and the potential for governmental reforms to the transportation and logistics sectors. Bertling Logistics specialises in providing services for shipbroking, freight forwarding and naval architecture, along with the delivery of specialised cargoes to the hydrocarbons industry and others.

What are your current projects in the Indian market?
There are not many at the moment, however the ground work is being created so that in a year from now we will be so busy that we may not be able to cater to all our clients. We are presently executing various small power transmission projects, such as the movement of reactors and transformers, both for India as well as neighbouring countries.
We have one of the most sophisticated IT systems in the logistics sector. This system allows for tracking of project cargo in real time. It is controlled by user access and secured with password protection.
Oil and gas accounts for 10% of our business, while 90% of our business is from other industries. Out of this, 70% comes from power infrastructure, fertilisers and refineries.

What challenges are there in India’s power generation and distribution?
Urban India is well connected to the power grid and has adequate supplies of electric power. It is the rural parts that have lagged behind in receiving power due to gaps in the distribution network. A lot of new projects are on hold due to business and political interests, but in time that will sort itself out.
We are looking at nuclear being the next major power that we as a country are looking at, after solar and wind.
We move a lot cargo for power projects, particularly for the building of transmission infrastructure. Internationally, we are handling cargo for power projects in Chile, Nepal and Afghanistan in the near future. In India, we are presently handling some of the major power transmission and distribution projects across the country.
We have a very challenging project involving the logistics of various equipment to be transported close to the Himalayas related to the distribution of power into our border areas, such as Leh and Kargil in Jammu and Kashmir. This is not only a sensitive area due to territorial disputes, but also due to snowy weather and lack of infrastructure. We have planned the logistics in such a manner so that we are able to take advantage of the weather and ensure that we complete this project on schedule, probably by September as after that we will be unable to traverse the road.

How would you assess the current state of the Indian maritime sector as opposed to the region?
We are ready for a huge leap forward in the maritime sector, and we cannot afford to miss the ship this time. There are many players and few jobs, leading to a struggle for all involved.
Another problem that we face is that we do not have ports to match the growing economy, even though we have private ones that are currently competing. We also have a disparity of various port dues, and this is where China has an edge over us in terms of costs as they are standardised. This is one of the reasons why our logistics costs are so high as compared to the global market.
There is great potential for growth in the inland waterways of India. We need more private participation to kick-start this, as compared to China we are not even utilising our huge coastline. This can only be achieved by both the government and private participation. A lot of work here is needed, such as the creation of jetties and dredging.

What do you wish to see in terms of regulatory changes that will facilitate the ease of doing business in India?
First of all, we need to have in place a workable legal system where everyone can understand clearly what is right and what is wrong. We have laws and we need to find a solution to have them enforceable. Rule of law should be paramount and we should be able to enforce all of them.
Secondly, the tax system in India is grossly out of proportion to people’s wealth. The government should tax a person when he can pay. Today, only the working class is paying taxes. Currently, a start-up business can get a five-year tax break. This does not help anyone because the first three years will be losses and the owner wouldn’t be paying taxes anyway.
Prime Minister Narendra Modi could implement a new people-friendly tax-on-turnover system. This would make things easier since people would know what they earn and what they would pay. I am sure the net basket of tax payers would increase by three of five fold. We have an issue in this country with implementation.
With the introduction of the GST [Goods and Services Tax Bill], which will soon come in, we are all hopeful for the rise of the economy so that India’s growth predictions can be attained sooner.

Do foreign investors prefer to work with local or foreign companies?
A mixed bag of both is what most companies would like to take advantage of in the price-sensitive market we have today.
There are global agreements already in place. By virtue of that, multinational corporations prefer to continue with these specific previously-agreed companies to prevent health, safety, security and environment risks, insurance risks and other operational and financial factors.
No doubt Indian corporations are now competing at the same levels as many multinationals and always have a local partner for onshore services since most do not have the required assets to perform all the jobs.

Where do you see the most opportunities for future business in the region?
I think one should look at Nepal, Bhutan, Afghanistan and Bangladesh for power, and Myanmar for oil and gas. And, of course, India where we see huge business forming under the Make in India campaign in all the core industries, bet it infrastructure, power, oil and gas and manufacturing.
We see a major thrust that this government intends to give to this sector and we are hopeful that a lot of global players, with their technology and experience, are just waiting to enter this territory. They are already present in R&D, as well as distribution of various oils and lubricants.

India has been described as a ‘bright spot’ by the IMF [International Monetary Fund]. What direction do you see the country  taking in the coming years?
In the next few years, if the economy and market scenario continues as they are right now, the situation will be very challenging for both domestic and international companies. Jobs have been allotted, but operations have not started. Globally, oil prices will keep fluctuating and viability for new refineries may not be feasible commercially.
Western India has some infrastructure in place, our eastern belt up to the northeastern region is where we see great potential. Given that our new government has created an environment to encourage FDI inflows, major investments in various sectors are already on the anvil.