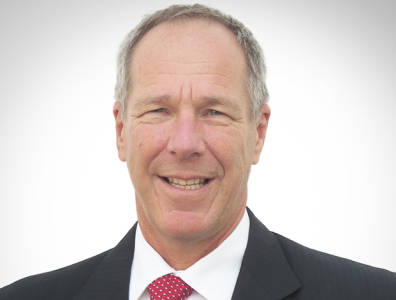 To secure continued investments, the Ministry of Petroleum along with Sonangol are evaluating options for improving exploration and production contractual schemes.

The case for Angola’s exploration

Low oil prices have impacted the Angolan oil and gas industry. While the country still has potential, exploration projects are being put on hold. Production remains high but will start dropping if new projects are not implemented. Anders Damgaard, the managing director of Maersk Oil, speaks to TOGY about oil price effects, onshore production, natural gas reserves and the promise of the pre-salt blocks.

How have low oil prices impacted exploration and production companies?
The oil price has dropped from USD 110 per barrel in 2014 to $40 per barrel. The industry response has been to cancel and postpone exploration and development investments. Significant cost reduction programmes have been implemented across the industry. Many jobs have been lost in the oil and gas companies and also in the service and support sector.
The low oil prices force operators to reduce costs and be creative with known discoveries in production, such as tying fields back to existing infrastructure and new extraction techniques to maximise well effectiveness.
At the current oil prices, deepwater exploration and production activities are economically challenging. This is further aggravated by the high cost of operating in Angola. Industry rule of thumb has been a minimum of USD 70 per barrel of oil for deepwater development projects to be viable. Oil prices are not likely to recover to USD 100 per barrel anytime soon.
However, production remains high due to ongoing investments. On average, oil production from existing fields declines somewhere between five and 10 percent per year. To maintain production at the current level, new fields will need to be developed and production from existing wells optimised.

What is your view on the improved industry collaboration wanted by governmental organisations and oil companies?
Sonangol is pushing the operators and service companies to reduce and optimise operational costs. This is expected to lead to efficiency improvements and cost reductions. One approach being currently analysed involves asset-sharing strategies. Logistics spaces, helicopters and supply vessels can be shared between operators. Such initiatives can help drive operational efficiency up, thereby driving costs down.
To secure continued investments, the Ministry of Petroleum along with Sonangol are evaluating options for improving exploration and production contractual schemes. In a time of reduced capital available and low oil prices, competition for investment funds is fierce and improved contract terms might enable more investments in new projects. There may also be opportunities to revise the contracts for existing producing activities to extend the economical production life of the assets.
Prolonged field life will generate additional reserves and jobs for operators and services providers. Such initiatives are good for the country and the industry, both having a keen interest in maintaining a stable activity level in the country.

How would you rate the potential of natural gas in Angola’s oil and gas industry?
Natural gas reserves hold great potential and might become a valuable resource for Angola. According to public data, Angola has 308 bcm (10.9 tcf) of proven gas reserves and recent discoveries made in the Kwanza Basin indicate there might be more.
Asia is the main market for natural gas consumption. The Angolan market might find itself at a disadvantage due the higher transport costs. In addition to this, the country has limited gas infrastructure. The Angola LNG plant in Soyo is a step in the right direction.
To make the profits from natural gas resources, Angola would need significant investments in infrastructure such as plants and gas pipelines. Fertilisers and other gas-based petrochemicals products might come on stream and help improve the commercialisation of the natural gas resources.

How do you rate onshore oil production? Will onshore oil discoveries change the Angolan oil and gas industry?
Gauging the onshore potential in Angola is hard because there have been limited exploration activities in this very large area. Major international companies are still focused on offshore opportunities, so onshore production is not actively pursued by foreign investors.
Due to data sharing, companies are learning from each other by building better geological models. These could potentially lead to more economic discoveries. The latest drilling campaigns have proven the presence of oil and gas in the pre-salt as well as reservoir quality rocks. However, these discoveries will remain economically challenging for the time being.