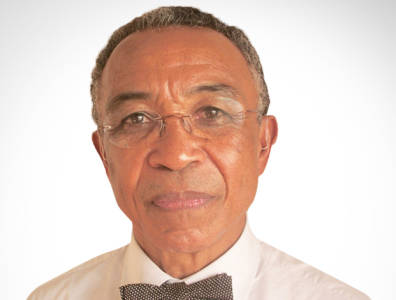 With LNG technologies available, Gas is no longer an exploration risk, it is an excellent future business opportunity for an export market.

Charles Tchen, general manager of Independent Petroleum Consultants (IPC), talks to TOGY about Gabon's gas supplies, investing to recover mature fields, as well as the impact of the Hydrocarbons Code on production-sharing contracts. He also talks about the future of the oil and gas market in Gabon and how this impacts investors' decisions.

Is Gabon moving towards a gas-centred economy?
I would be careful about predicting a shift to gas. So far, Gabon is producing around 240,000 bopd, which is still substantial. We have some gasfields, such as the one supplying Libreville. Recently, Eni discovered gas in shallow water, which is said to contain 500 million boe. Total’s discovery is 1,500 m deep but not as big as initially anticipated.
At the Gamba formation, the Shell discovery is currently being appraised, with reserves rumored to be between about 56.5 bcm (2 tcf), and about 400 bcm (12 tcf), which is very significant. Uncertainties remain, as producing gas from Shell’s 200-m gas column may be problematic due to reservoir quality. I would be cautious and wait until the appraisal well is drilled and tested.

How is Gabon encouraging more investment to extend the life of mature fields?
Improved recovery is still in the pipeline. In the pre-salt for instance, if you reach 25% to 30% recovery of the oil in place, you can think about improving those figures. Adding another 10% or 15% is really significant. The onshore Rabi oilfield had initially 1 billion barrels of oil in reserves and producing 10% more equates to 100 million barrels, which is quite a lot.
To improve recovery, you need to find the appropriate EOR project and corresponding financing. This may prove difficult these days. The terms we had in previous PSCs or in conventional contracts were more attractive. They would encourage operators to extend the life of mature fields. If a company or operator went for the more expensive EOR, it was possible to re-negotiate the profit-sharing terms and improve the economics of the project.

What are the advantages of a PSC and an exploration contract?
In a PSC, the negotiated terms are firm, as it is the basis for the project to move forward. If a company does not find oil, it loses money. If it finds oil, it develops it with clearly defined terms regarding the state share, the company share and the corporate tax.
In an exploration contract, once a company finds oil, it has to come back to the government to re-negotiate the terms. The government does not take any risk and the company will have just spent a lot of money on the discovery and may not develop the project. The risk is too high and no company is willing to enter into such a contract.

How have PSCs changed since the implementation of the new Hydrocarbons Code?
Before the new Hydrocarbons Code was introduced, PSCs were not subject to a corporate tax. The new PSC put into place has a 35% corporate tax, which was previously deducted from the state’s production share to make it neutral to the oil company. In the new PSC, corporate tax is deducted from the company’s profit share, making it very difficult to be financially rewarding. Going back to the old system of deduction from the state profit share or eliminating the corporate tax altogether would be much better.

How attractive is the new bidding round for oil and gas companies?
The timing of the new bid round is not right. The blocks are on the market at a time of very low oil prices. The terms may reflect the oil prices. For companies, these terms could be attractive if they receive the right funding for the investment. At present, funding is a problem in the industry. Banks are no longer willing to fund exploration ventures; they say it is too risky.

In what areas does the Gabonese market need to develop?
In the industry, the shared view today is that offshore has a lot of potential. However, it is expected that companies will find more gas than oil the deeper offshore they explore. With LNG technologies available, gas is no longer an exploration risk, it is an excellent future business opportunity for an export market.
For the future, exploration efforts should continue to search for hydrocarbons in both onshore and offshore petroleum systems, but seismic imaging needs to improve to unlock additional reserves, which will help Gabon to remain a hydrocarbons producing country for a while.