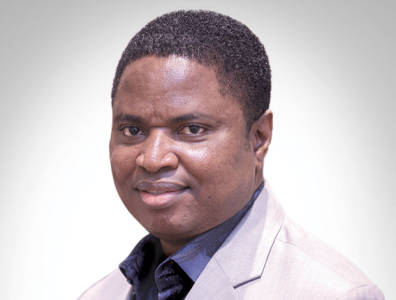 "Oil companies are reluctant to engage in further exploration, as they are unsure about the country’s financial future."

The managing director of Energia, Felix Amieyeofori, speaks to TOGY about the next step for marginal field producers in Nigeria and incentives for stimulating the natural gas production required to solve the country’s growing power deficit. Energia is a domestic exploration and production company that holds a 55-percent stake in the onshore Ebendo and Obodeti marginal fields.

For local marginal field operators, what is the next step for sustaining growth and competing with larger upstream companies?
Local exploration and production companies need to stop thinking of themselves as marginal operators. Once a local company achieves production levels of 10,000 barrels of oil per day (bopd), reaching 50,000 bopd should become a more concrete target than an abstract ambition.
This does not mean that bidding for marginal fields should not be a target. Instead, the next step for these companies should be to acquire entire blocks for larger-scale asset development.
As local marginal field producers continue to demonstrate technical and fiscal competence, they gain trust from both the industry and banking sectors. Financial institutions are essential to fund larger acquisition deals for entire blocks. As these producers continue to grow and assets continue to be divested, billion-dollar acquisitions may become more common.

What impact has the uncertainty surrounding the passing of Nigeria’s Petroleum Industry Bill (PIB) had on the continued development of the country’s oil reserves?
Along with Nigeria’s security concerns, the slowdown in upstream activities has been blamed on the failure to pass the PIB, originally introduced in late 2008. If it is passed, it will become clear whether the decrease in production is due to security-related matters or the PIB.
Although large projects and brownfield developments that pre-date the bill are still going through, such as Total’s offshore project at the Egina field, the PIB has had a negative impact on the country’s production-to-reserves ratio.
Oil companies are reluctant to engage in further exploration, as they are unsure about the country’s financial future. Some estimates reveal that Nigeria has lost around 2 billion barrels of oil reserves, which has been attributed to a slowdown in exploration. If the requirements of the PIB are resolved and eventually passed, the country should be able to produce up to 4 million bopd and work towards its target of 40 billion barrels of oil reserves.