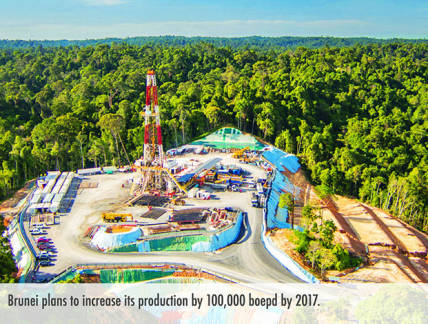 With the hydrocarbons industry accounting for more than half of its GDP, Brunei has become a major player in Southeast Asia’s oil and gas industry. The country is the regions fourth-largest crude producer and ninth-largest LNG exporter, but is now concentrating its efforts on expanding beyond energy while increasing exploration and strengthening the downstream sector.

Brunei Shell Petroleum (BSP) is the main exploration and production company in Brunei. A 50:50 joint venture between supermajor Shell and the government of Brunei, BSP has been active in the country since 1929. It is the largest operator in the country, providing 90 percent of the hydrocarbons output and producing from over 4,500 reservoirs through more than 800 wells. BSP also owns the 10,000 bopd Brunei Refinery.