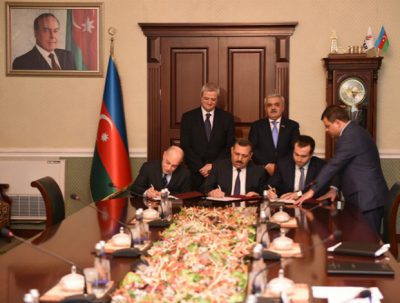 LONDON, April 26, 2016 – Amec Foster Wheeler on Tuesday announced the award of a front-end engineering and design contract for the Heydar Aliyev Oil Refinery project in Baku, Azerbaijan. The contract, which will be executed by the SOCAR-Foster Wheeler Engineering joint venture, is expected to be completed in the first quarter 2017.

The scope of the contract, awarded by SOCAR, includes front-end engineering and design on new facilities, as well as the rehabilitation of existing facilities, such as the vacuum distillation unit and the fluid catalytic cracking unit.

“We have successfully delivered a number of projects for SOCAR, both in Azerbaijan and in other countries and look forward to continuing our partnership with this contract for the Heydar Aliyev Oil Refinery,” Amec Foster Wheeler group president for Asia, Middle East, Africa, and Southern Europe Roberto Penno said in a press release.

The Heydar Aliyev Oil Refinery modernisation project, which will be executed in phases, is slated for completion in early 2020. No statements were made regarding contract value.