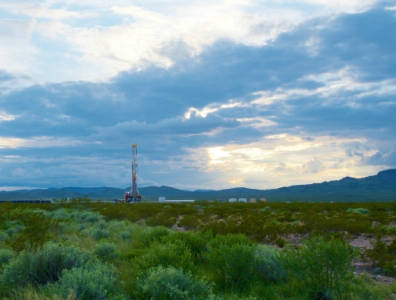 HOUSTON, September 7, 2016 – US independent exploration and production company Apache Corporation on Wednesday said it could confirm a “significant new resource play” in the Delaware Basin, located in southwestern Texas.

In a statement on the company’s website, Apache said that the hydrocarbons in place are estimated at 2.12 tcm (75 tcf) of natural gas and 3 billion barrels of oil. The announcement comes after more than two years of geologic and geophysical work, as well as testing and delineation drilling.

Apache’s acreage position in the basin covers an area of 1,242 square kilometres, and 19 wells have been drilled to date. Nine of those are producing, albeit in small volumes on account of limited infrastructure. The company has identified more than 3,000 future drilling locations in the Woodford and Barnett formations of the play, which have a pretax, net present value range of between USD 4 million and USD 20 million each. Apache expects the well costs at around USD 4 million in development mode. In over-pressured settings, it estimates well costs to come out at USD 6 million.

“While other companies have focused on acquisitions during the downturn, we took a contrarian approach and focused on organic growth opportunities. These efforts have resulted in the identification of an immense resource that we believe will deliver significant value for our shareholders for many years,” Apache CEO and President John J. Christmann IV said in comments on the find.

JBIC affirms commitment to Trinidad
Next