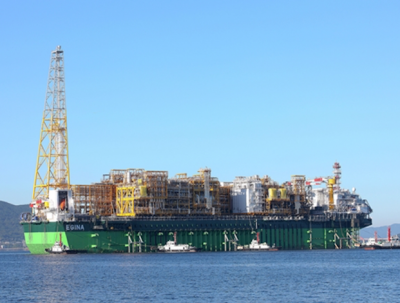 The subcontract was awarded by the EPCIC contractor for the project, Samsung Heavy Industries (SHI).

“Having last year successfully managed the position keeping roles for the Icthys Venturer FPSO and Ichthys Explorer central processing facility, we are no stranger to installing large offshore structures. We look forward to supporting SHI and Total with the Egina FPSO, which is a challenging deepwater field development,” said Phil Lenox, the director of Asia Pacific at Aqualis, in a statement.

The FPSO set sail from SHI’s Geoje shipyard in South Korea in late October 2017 and arrived in Nigerian waters in January 2018.

The Egina field, operated by French super-major Total with a 24% stake, is located 150 kilometres offshore, in water depths of 1,750 metres, on OML 130. When complete, the project will have the capacity to produce 208,000 bopd.