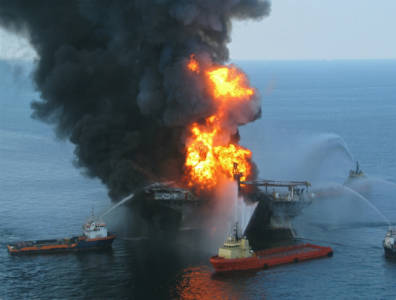 LONDON, October 3, 2016 – The new disaster movie Deepwater Horizon, which depicts the events leading up the 2010 explosion on the rig and the actions of some of the crew during its final hours, has drawn a reaction from BP.

While acknowledging the movie was “Hollywood’s take on a tragic and complex accident,” the company in a statement on the film’s opening day Friday also said the movie was “not an accurate portrayal of the events that led to the accident, our people, or the character of our company.”

According to spokesperson Geoff Morrell, Deepwater Horizon’s script “ignores the conclusions reached by every official investigation: That the accident was the result of multiple errors made by a number of companies.” The rig was owned by Transocean, with Halliburton responsible for the oil-well cementing job that was later deemed deficient.

BP’s statement echoed a September 30 Financial Times piece on the movie, which read that “each time the film deviates from the record, it is to show Transocean in a better light and BP in a worse one.”

The rig owner, in a separate statement, said it had no part in the making of the movie. “While this will undoubtedly be a dramatised portrayal of what took place on the tragic night of April 20, 2010, all of us at Transocean remain forever mindful of this incident, honour the lives that were lost and continue to recognise the brave, heroic and highly professional actions of the rig’s crew that night,” company representative Pam Easton said.

Russia aims for Turkish Stream OK in October
Next