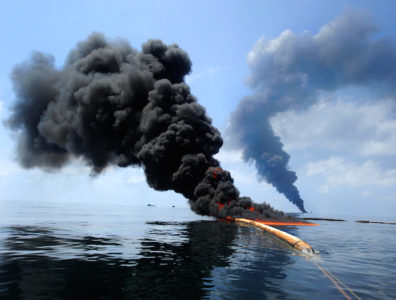 The deal, reached on Thursday, includes the largest payment for a pollution penalty in US history.

If approved by a federal judge, the settlement will end a years-long legal battle over responsibility and penalties for the 87-day Gulf of Mexico spill, which killed 11 people.

BP’s legal and clean-up costs, which have already reached around $44 billion, will rise by another $10 billion, while fines will total $5.5 billion.

The Deepwater Horizon offshore drill rig experienced a deadly blowout in April 2010 after gas leaked into the well and ignited on deck. The platform later sank, and crews spent almost three months attempting to plug the leak.

The company was found liable for the spill of 3.19 million barrels of crude into the Gulf of Mexico, the largest oil spill in US history.