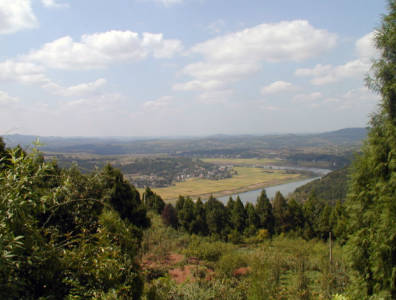 The first train became operational on January 25, followed by the second train on April 7. The third marks the beginning of the first phase of the development. The three assets have a combined capacity of 7.3 mcm (258 mcf). The project was expected to begin operations in 2010, but ran into complications related to the elevated hydrogen sulphide content of the field.

The 800-square-kilometre Chuandongbei project includes the Luojiazhai, Dukouhe-Qilibei and Tieshanpo fields and has forecasted reserves of around 85 bcm (3 tcf). Working assets include a 3-bcm (110-bcf) purification plant, a sulphur gas plant, a gas gathering station and pipelines stretching 29 km. Chevron, through its subsidiary Unocal East China Sea, has a 49% operating interest in the project, with its partner taking the remaining 51%.