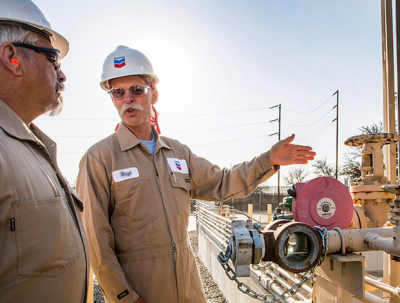 Chevron to invest $200 mln in Argentina

The governor met with Chevron executives during a tour of the US to attract more investment in projects in his province, mainly in the Vaca Muerta shale play.

“I was meeting with the new president and manager of Chevron for Africa and Latin America [Clay Neff], who has expressed a commitment to advance the development of these eight horizontal wells in El Trapial,” Gutiérrez said.

The El Trapial field was discovered in 1991 and developed as a conventional field, reaching peak production in 2002. In 2014, Chevron drilled four pilot wells to test unconventional prospects in the field.