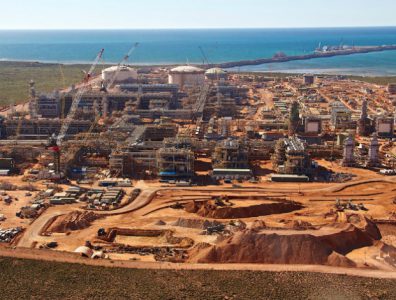 PERTH, April 6, 2016 – Mechanical problems have halted output at the USD 54-billion Gorgon LNG plant in Australia, Chevron announced on Wednesday. The outage comes two weeks after the facility’s first shipment and less than a month since the start of production.

According to Chevron, mechanical issues have affected the plant’s ability to cool natural gas feedstock supplied to the plant and will take between 30 and 60 days to resolve. The repair works on the propane refrigerant circuit, currently underway, are the latest in a series of setbacks for the Australian subsidiaries of Chevron, ExxonMobil and Shell, holding stakes of 47.3%, 25% and 25%, respectively. The project has been marred by cost overruns, increasing the project value to some USD 54 billion.

Current issues notwithstanding, production from the plant, located on Barrow Island off Australia’s northwest coast, is expected to be ramped up to full capacity by October or December 2016 at the latest. This should enable to Australia to export 85 million tonnes of LNG per year, according to projections by the Australian Petroleum Production & Exploration Association, overtaking Qatar.

Egypt’s arrears on the rise