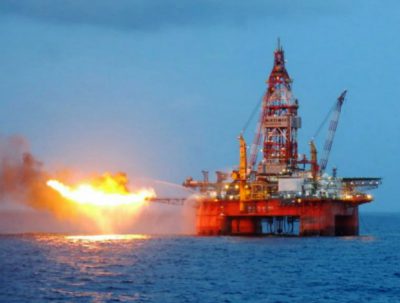 BEIJING, August 24, 2016 – The first half of 2016 has been difficult for Chinese firms operating in the local oil and gas sector. After a host of companies published its half-year results on Wednesday, it’s clear the continuing oil price slump heavily impacts the Chinese hydrocarbons industry. Offshore specialist CNOOC booked a loss, PetroChina only avoided a loss by selling assets.

PetroChina, the largest oil and gas company in China, saw its global crude output rise slightly, by 1.7%. Domestic production shrank by 4.2%. Despite high production, PetroChina booked the smallest profit in its history as a publicly listed company. Net income dropped a staggering 98%, revenue fell by 16%. The only reason PetroChina booked a profit, is the sale of its 50% stake in the Trans-Asia Gas Pipeline, in a deal that earned the company USD 3.6 billion. The 2016 first-half performance is a continuation of 2015, when the CNPC-subsidiary reported a 67% drop in income.