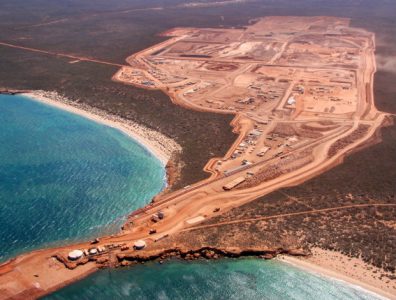 According to the notice, given to the consortium including the operator on February 9, the contract awarded in November 2009 at AUD 900 million (USD 641 million) had exceeded original expectations and another AUD 1.86 billion (USD 1.32 billion) was required due to changes in scope and conditions. The company added that interest costs of more than AUD 500 million (USD 356 million) was also owed.

“The notice requires the consortium to enter into a further prescribed negotiation process which, if unsuccessful, may lead to a private arbitration,” Cimic said.

The jetty is made of 70 metres of steel trusses supported by 55 concrete caissons connected the platform to the shore. Costs for the project almost doubled in 2012 to AUD 1.8 billion (USD 1.28 billion) due to added construction and transportation expenditures, as well as difficult weather conditions. The total project cost more than AUD 4 billion (USD 2.85 billion) to complete.

For more oil and gas features and news on Australia, click here.

Job loss in the cards for Pemex
Next