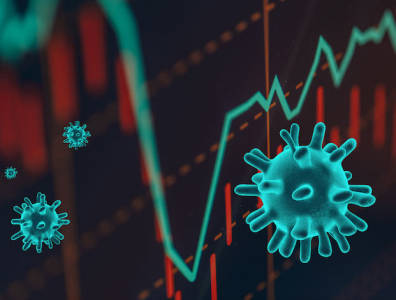 LONDON, November 9, 2020 – Crude oil prices rocketed higher on Monday after what appeared to be a major breakthrough in the quest for a vaccine against Covid-19 triggered a thorough re-pricing of risk assets in all asset classes.

The surge followed an announcement from Pfizer (NYSE:PFE) and its German partner Biontech (NASDAQ:BNTX) that their experimental drug for treating the coronavirus had shown positive results in over 90% of patients in a late-stage trial. The companies estimate that they can distribute 1.3 billion doses of the vaccine by the end of next year, pending regulatory approval.

The pandemic has wrought havoc with the global balance of oil supply and demand this year, and the prospect of a widely-available vaccine that allows people across the world about their daily lives with confidence promises to restore balance to the world market.

Saudi oil minister Prince Abdulaziz bin Salman told CNN earlier that the “spread of the vaccine availability…would be the most meaningful type of mitigator to the situation.”

“Hopefully, mobility would be regained,” the prince added. Abdulaziz had earlier told an oil conference that the OPEC+ bloc of producers was committed to “tweaking” its agreement on output restraint according to market realities, again encouraging speculation that the group’s scheduled increase of 2 million barrels a day could be pushed back beyond January 1.

Elsewhere in OPEC-related news, Russian oil minister Alexander Novak was shifted to a position as deputy prime minister in a cabinet reshuffle, but will reportedly keep his responsibility for negotiations with OPEC over output policy.

In the short term, the worsening Covid-19 situation is putting a fresh squeeze on mobility, albeit not as severe as the one seen in the spring, said Fitch Ratings analyst Dmitry Marinchenko.

In a note issued before Pfizer’s news, Marinchenko observed that global oil consumption was still running some 5% below pre-pandemic levels in September and October. Much of that is due to the failure of jet fuel consumption to rebound. It’s currently running at over 2 million barrels a day below pre-pandemic levels, while US government figures show domestic refineries are producing less than half the jet fuel that they were turning out a year ago.

New cases of Covid-19 reached record levels in the US at the weekend, raising fears that US states could follow Europe down the path of tighter lockdowns for a second time. The state of Utah issued a statewide mask-wearing mandate at the weekend as it grappled with an overcrowding issue at its hospitals due to the pandemic.

Russia's Novak out as energy minister
Next

Oil down after Covid-19 vaccine bump