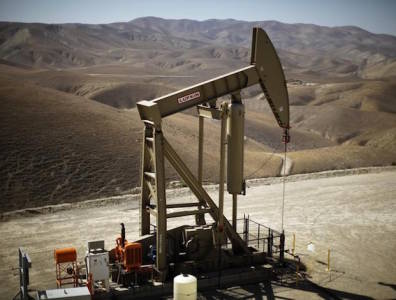 LONDON, August 3, 2017 – Crude oil benchmarks drifted weaker in Asia on Thursday, shrugging off some demand signals from the U.S. overnight and waiting for more on rig count figures by Baker Hughes and OPEC compliance with output cuts.

On the New York Mercantile Exchange crude futures for September delivery fell 0.36% to $49.41 a barrel, while on London’s Intercontinental Exchange, Brent dropped 0.40% to $52.15 a barrel.

The rig count figures are a proxy for U.S. shale oil output – with both the number of rigs drilling and output gaining steadily in the past year as prices hove around $50 a barrel.

Crude prices recovered from a 2% plunge sustained the prior session, after a report from the Energy Information Administration (EIA) showed crude and gasoline stockpiles fell last week, pointing to an uptick in demand for crude and refinery activity.

Inventories of U.S. crude fell by roughly 1.5m barrels in the week ended July 28, below expectations of a draw of about 2.9m barrels. It was fifth-straight week of falling crude inventories.

The mostly bullish report comes amid a hoppy start to the week for oil prices, following renewed investor skepticism over Opec’s ability to tackle the glut in supply after reports showed Opec production rose to a high for the year at 33 million barrels per day (bdp). That is despite the group’s pledge to increase compliance with the deal to cut production.

In May, Opec and non-Opec members agreed to extend production cuts for a period of nine months until March, but stuck to production cuts of 1.8 million bpd agreed in November last year.

Shell on notice over UK gas leak
Next