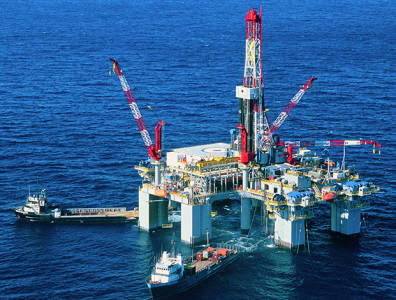 PORT OF SPAIN, May 14, 2015 – The Ocean Victory semi-submersible rig has arrived in the waters of Trinidad and Tobago for BP’s development of the Juniper natural gas project, oil and gas news site Upstream Online reported on Thursday.

Owned and operated by Houston-headquartered Diamond Offshore Drilling, the Ocean Victory had travelled from the US Gulf of Mexico and will soon be moved to the development area 50 miles off the coast of Trinidad, at a water depth of 110 metres. Under Diamond’s contract with BP subsidiary BPTT, the rig’s day rate is $398,000. The contract is for two years, with an option for a one-year extension.

The Juniper project will include five development wells expected to produce nearly 16.7 mcm (590 mcf) of gas per day, with first gas expected in 2017. The field

Production will be tied back to an unmanned platform being built by France’s Technip.

BPTT is Trinidad and Tobago’s largest producer of hydrocarbons.

Blocks on offer in Australia’s Queensland