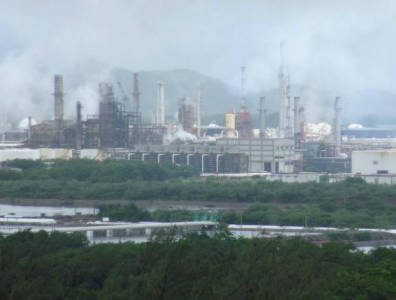 MEXICO CITY, September 11, 2017 – Mexico will face no fuel shortages as the country reels from a string of natural disasters, state-owned Pemex announced in a statement over the weekend.

“A strategy was established for the supply of petrol, diesel and kerosene from other markets, so inventories are sufficient to cover demand,” the statement read.

However, the country will likely be facing higher fuel prices, as Gulf of Mexico tanker traffic has been reduced and sea lanes and gulf coast ports on both sides of the border have been closed, due to a succession of recent hurricanes including Harvey in Texas, Irma in Florida and Katia in Veracruz.

Mexico also experienced a major 8.2-magnitude earthquake last Thursday, the epicentre of which was near the country’s largest refinery, Salina Cruz.

The 330,000-bpd refinery was temporarily shut down as a precaution and to allow for personnel to assess possible damage. Pemex said that while no structural damage had been reported at the main processing facilities, other systems had been impacted.

“There were affectations in the electric generation and receipt systems that, once resolved, will allow for the necessary tests to be made to initiate a safe and profitable operation,” the company statement added.

The NOC has also deployed specialised divers to seal an oil leak at Monobuoy 3 at its maritime terminal near the Salina Cruz port. The leak is thought to have resulted from numerous large aftershocks that continue to ripple throughout the area.