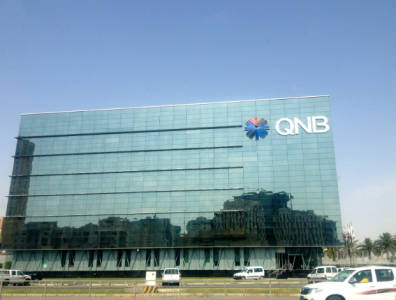 DOHA, January 26, 2015 – The Qatar National Bank’s latest report on the Qatari economy shows that the non-oil sector accounted for more than half of the country’s GDP in the third quarter of 2014. Being a major hydrocarbons producer and exporter, Qatar has used the revenues from LNG exports in particular to developing a more diversified economy.

The non-oil sector expanded 12 percent year-on-year, reaching 50.7 percent of GDP. In its report, the Qatar National Bank said that the start of many large infrastructure projects, such as those for the 2022 FIFA World Cup, should have a positive impact on growth figures in 2015, resulting in continued “double-digit growth in the non-hydrocarbons sector.”

The growth figures come at a time of falling oil and natural gas prices. The latter has the potential to dampen Qatar’s prospects – according to the Energy Information Agency, the country is the largest exporter LNG exporter in the world and ships close to 85 percent of its natural gas as LNG. However, at $58 per barrel in 2014, Qatar had one of the lowest fiscal breakeven prices, according to the Institute of International Finance. Furthermore, media reports say that the Ministry of Finance will base the new fiscal budget, going into effect in April 2015, on an oil price of $55. The current budget is based on a price of $65.

As such, the minister of economy and commerce, Sheik Ahmet bin Jassim Al Thani, said last week that infrastructure development and investment would be going ahead as planned. Speaking at the World Economic Forum in Davos, Switzerland, he said the plans “will not be affected by the oil price going down thanks to the conservative numbers that we have.” The minster also said that he expects the oil price to recover to around $60 per barrel by the end of 2015.