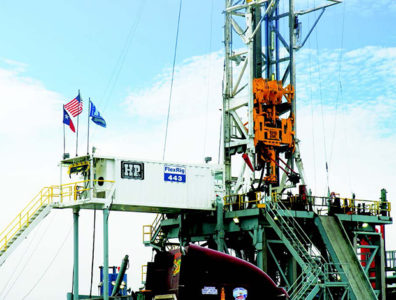 WASHINGTON, D.C. , March 26, 2015 – Houston-based oilfield services giant Schlumberger pled guilty Wednesday to violating sanctions against Sudan and Iran. The US Department of Justice will fine the company around $232.7 million.

As part of a plea agreement, Schlumberger admitted to breaching the International Emergency Economic Powers Act by disguising and approving capital expenditure requests from both Iran and Sudan. The company allocated drilling equipment and gave technical support, netting almost $77.5 million in profits between February 2004 and June 2010.

In addition to hefty fines far in excess of the company’s profits from the illegal ventures, Schlumberger will serve three years corporate probation and must refrain from any future business ventures with the two countries. Court documents detailing the interactions referred to Iran as the “Northern Gulf.” Sudan was similarly called “Southern Egypt.”

“Even if you don’t directly ship goods from the United States to sanctioned countries, you violate our laws when you facilitate trade with those countries from a US-based office building,” District Attorney Ronald Machen said in a written statement.

Schlumberger’s current legal troubles are far from its first. In 1999, the company was penalised $1.5 million in criminal fines along with Smith International for forming an illegal drilling fluids joint venture. The companies were also ordered to pay $13.1 million in a civil settlement. The joint venture breached the antitrust clause of the 1994 Consent Act.

Iraq to adopt production-sharing model
Next