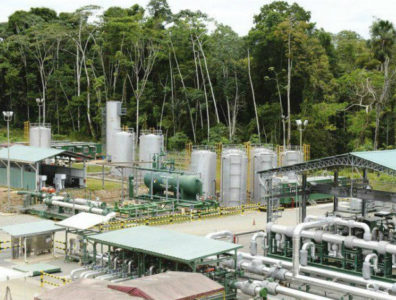 NEW ORLEANS, March 29, 2017 – Confusion reigned over Ecuadorean debts on Tuesday as Baker Hughes announced it had received its dues, a day after Schlumberger said its Q1 results would likely be hurt by non-payments from the country.

Despite revenue declines elsewhere, “operating profit is expected to be stronger than originally forecasted as a result of bad debt reversals in Ecuador more than offsetting these stronger headwinds I just mentioned,” Baker Hughes CEO Martin Craighead said at the Howard Weil conference in New Orleans.

He did not specify exact numbers.

Schlumberger, on the other hand, said at the same conference that it was having trouble collecting about USD 1.1 billion from state oil firm Petroamazonas.

“So far, 2017 has started with a number of challenges, in particular in the international markets, where a more severe seasonal reduction in activity, further pricing pressure on new tenders, and continued payment issues in Ecuador are negatively impacting our Q1 results,” CEO Paal Kibsgaard said.

Ecuador, which is going to the polls to elect a new president on Sunday, has faced economic troubles and OPEC-mandated production cuts in recent months.

BP relying on retail
Next