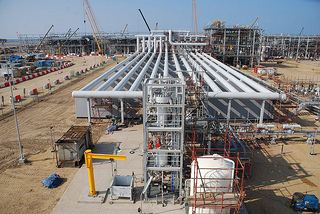 CAIRO, March 24, 2015 – Egypt is set to increase the rate it pays for natural gas to some of the foreign companies operating in the country, UAE newspaper The National reported on Monday.

BG Egypt, the local subsidiary of the UK’s BG Group, is due to receive $3.95 per million British thermal units (Btu), up from an earlier rate of $2.65 per million Btu.

The low price Egypt pays for natural gas produced in the country has long been seen as a disincentive to increasing exploration and production, which is a top priority for the government due to rising demand and falling yields at existing fields.

Prices have not been adjusted across the board, but are being negotiated with individual companies. The Ministry of Petroleum announced on Monday that it had signed an agreement with Dea Egypt, the local subsidiary of the Hamburg-based Dea, to raise its rate from $2.50 per million Btu to $3.50.

Oil projects funded by crowdsourcing
Next