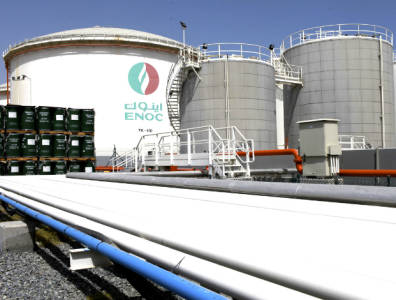 DUBAI, September 19, 2016 – Emirates National Oil Company (Enoc) will expand the refining capacity of its Jebel Ali plant to 210,000 bpd, the company said in a statement on Monday. Technip of France will be the lead contractor for the work.

The expansion project, which will see capacity increase by 70,000 bpd, consists of three packages. The addition of a new condensate processing train and extra processing units, including a LPG/naphtha hydrotreater, an isomerisation unit, a kerosene hydrotreater and a diesel hydrotreater, make up the main package. The other two packages, the bids for which are currently under evaluation, revolve around the construction of warehousing space and additional storage tanks.

Technip is no stranger to the Jebel Ali plant, having been lead contractor before, when the plant was commissioned in 1999. Capacity was increased to 120,000 bpd as part of a USD 850-million project in 2010. Enoc estimates the costs of the upcoming expansion project to exceed USD 1 billion.

Commenting on the work, Enoc vice-chairman Saeed Mohammed Al Tayer said, “Meeting the growing energy demand tops the government’s agenda,” adding that the project would be key to the emirate’s Dubai Plan 2021.

The Jebel Ali refinery expansion project, the FEED work for which was carried out by KBR, is scheduled for completion in Q4 2019 and will see the involvement of UOP, Axens and Kinetics Technology.