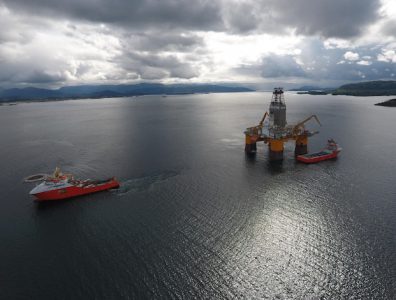 OSLO, April 11, 2022 – Equinor has made a significant discovery on the 293 B block offshore Norway, the Norwegian NOC announced today.

The Kveikje play was drilled by the Deepsea Stavenger platform and based on preliminary studies contains around 20 million-25 million recoverable boe.

Equinor is considering tying the play back to the existing Troll B or Troll C platforms.

The 293 B production licence is operated by Equinor with a 51% stake. Partners include DNO with a 29% share, Idemitsu with a 10% share and Longboat Energy with a 10% share.

The find is the sixth discovery in the area since 2019, with more than 300 million boe found so far.