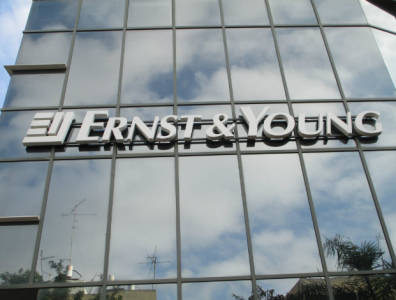 LONDON, February 9, 2016 – Turnover growth for the top 100 global hydrocarbons companies will decline from an estimated 18.6% in 2015 to 5.3% in 2016, according to the UK auditing firm EY’s review of the country’s oilfield services industry published today.

The report outlines the drastic fall of oil prices from USD 115 per barrel in 2014 to around USD 30 per barrel in early 2016, which has forced companies to massively reduce capital spending.

The energy firms hit hardest are those that rely on large seismic, drilling and marine assets. Companies that could raise production or rely on previous backlog have remained protected so far.

EY advises companies that consolidation and alliances are necessary to survive the dip in oil prices, pointing out the trend with US giants Baker Hughes and Halliburton combining in November 2014; the alliance formed by US equipment and services provider FMC Technologies and France’s Technip in March 2015; and US oilfield services giants Schlumberger and Cameron announcing a merger in Q1 2016.

“Consolidation is inevitable and many of the best value-generating deals have been done during previous downturns. This is a great opportunity to add both technological solutions and geographical presence as well as delivering a step change in cost reduction through effective integration and economies of scale,” the report says. “Companies need to act now to avoid being left behind.”

Although most analysts agree that oil prices will rise, nothing is expected unless OPEC revisits the idea to slow production. The next meeting is set for June 2016.

The International Energy Agency predicts that global energy demand will increase by 14% by 2040. Although the market is in recession, growing demand will present great opportunities for companies able to survive the immediate financial climate.

For more news and features on the oil and gas industry in the UK, click here.