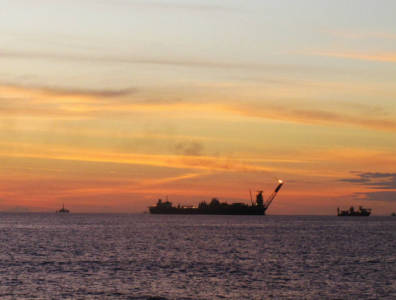 The vessel left the Tuas shipyard in Singapore on Saturday and will sail across the Indian Ocean, past the southern end of Africa and up the West African coast. Once it arrives in March, it will anchor 60 km off the coast of Western Ghana.

The TEN project is operated by Ireland’s Tullow Oil with a 47.18-percent stake in the project. Its partners include US’ Kosmos Energy and Anadarko Petroleum, which each hold 17-percent interests; Ghana National Petroleum with a 15 percent interest; and South African producer PetroSA with a 3.82 percent interest.

The venture is estimated to cost almost USD 5 billion, and the asset contains gross reserves of 300 million barrels of oil equivalent. Tullow estimated that the TEN project’s average working production will be around 11,000 bopd in 2016, reaching an estimated 100,000 bopd in 2017.

The TEN field is situated just 19 km from Tullow’s major operating asset, the Jubilee field, which came on line in December 2010.

For more oil and gas features and news on Ghana, click here.

Fire breaks out on Pemex platform